The Book of Awesome Women

"This book is an antidote to the erasure of women from our history.”―Vicki Leon, author of Uppity Women of Ancient Times

Discover some of the most awesome women in history. Now is the time to acknowledge the greatness of women!

Sheroes. Women hold up half the sky and, most days, do even more of the heavy lifting including childbearing and child-rearing. All after a long day at the office. Women have always been strong, true sheroes, oftentimes unacknowledged. As we shake off the last traces of a major patriarchal hangover, women are coming into their own. In the 21st Century, all women can fully embrace their fiery fempower and celebrate their no-holds-barred individuality. It is time to acknowledge the successful women of the world.

Super women as female role models. From the foremothers who blazed trails and broke barriers, to today's women warriors from sports, science, cyberspace, city hall, the lecture hall, and the silver screen, The Book of Awesome Women paints 200 portraits of powerful and inspiring role models for women and girls poised to become super women of the future.

Super women you will meet in The Book of Awesome Women include:

The Book of Awesome Women The Book of Awesome Black Women

By Becca Anderson and Others

Embrace Black girl magic and learn about the historical Black women who made their impact on society as we know it. In The Book of Awesome Black Women, celebrate the power of Black women who have shaped, and continue to shape, our future.

An uncensored history of the power of Black women. Whether you learned about these women in school or not, these Black women changed society and inspired future generations. Read all about women such as Sojourner Truth, Anita Hill, Wangari Maathai, Aretha Franklin, Simone Biles, Naomi Osaka and so many more. Packed with mini biographies of big she-ros, The Book of Awesome Black Women features mighty Black women who are usually omitted from the history books. Discover their stories of strength, perseverance and talent.

The perfect gift for girls in your life. Driven by female empowerment, this collection of biographies tells the unique stories of strong voices that made a difference. From artists to activists, The Book of Awesome Black Women showcases a plethora of passions and skills to prove that strong is beautiful. These mighty Black women prove that your passions and drive are the most powerful things you have.

Inside The Book of Awesome Black Women, you’ll learn to: 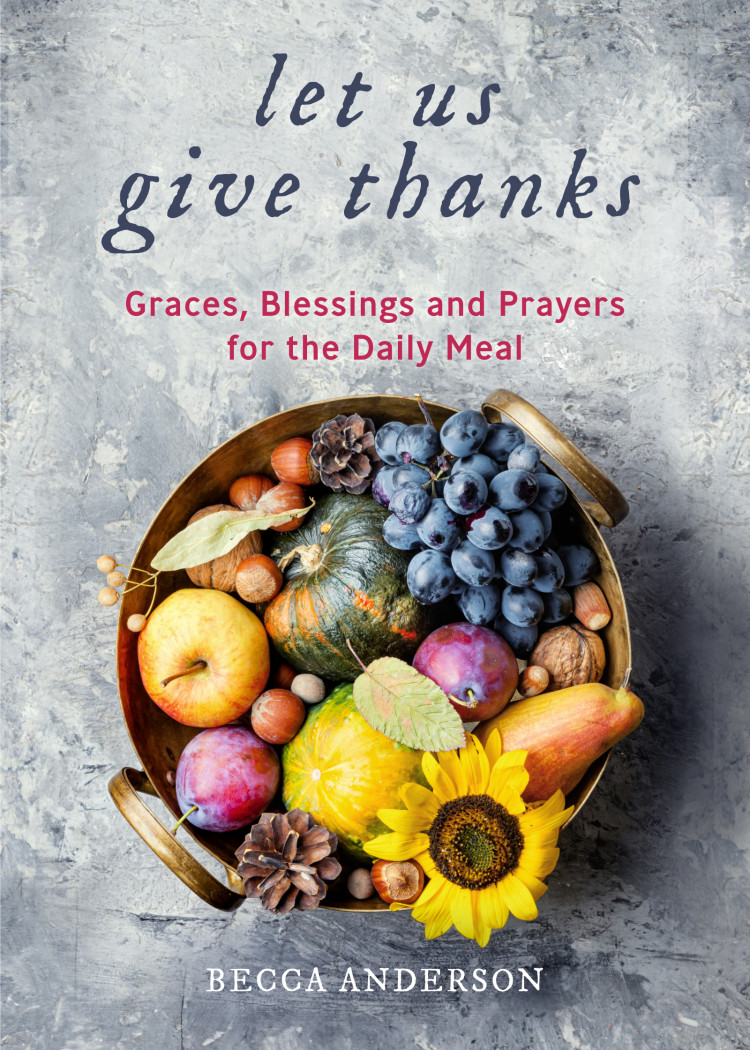 Let Us Give Thanks

A Thankfulness Daily Devotional for Women

Saying grace before a meal is one of our loveliest time-honored traditions. Let Us Give Thanks is your essential prayerbook for giving thanks, offering 365 beautiful blessings for every day of the year.

Devotional prayers for every supper. From eighteenth-century Thanksgiving prayers to sincere expressions of thankfulness by Anne Lamott, Mark Nepo, Thich Nhat Hahn, Alice Walker, and more, blogger and bestselling author Becca Anderson’s gathering of graces shows us how to begin each meal with an open heart. Coming from a long line of religious teachers, Becca brings a deep understanding of practiced gratitude to this daily devotional for women, men, families, friends, or anyone wanting to give thanks a try.

Inspirational meditations year-round. Whether you're accustomed to giving a blessing or new to this sacred art, this bounty of blessings brings spirituality to your meals and special gatherings, helping you to give thanks each day. The graces compiled here are universal, with special attention paid to how easily the words can be spoken by the whole family—kids included.

Let Us Give Thanks offers:

If you enjoyed Good Days Start With Gratitude; Worry Less, Pray More; or A Year of Positive Thinking, you’ll love Let Us Give Thanks. 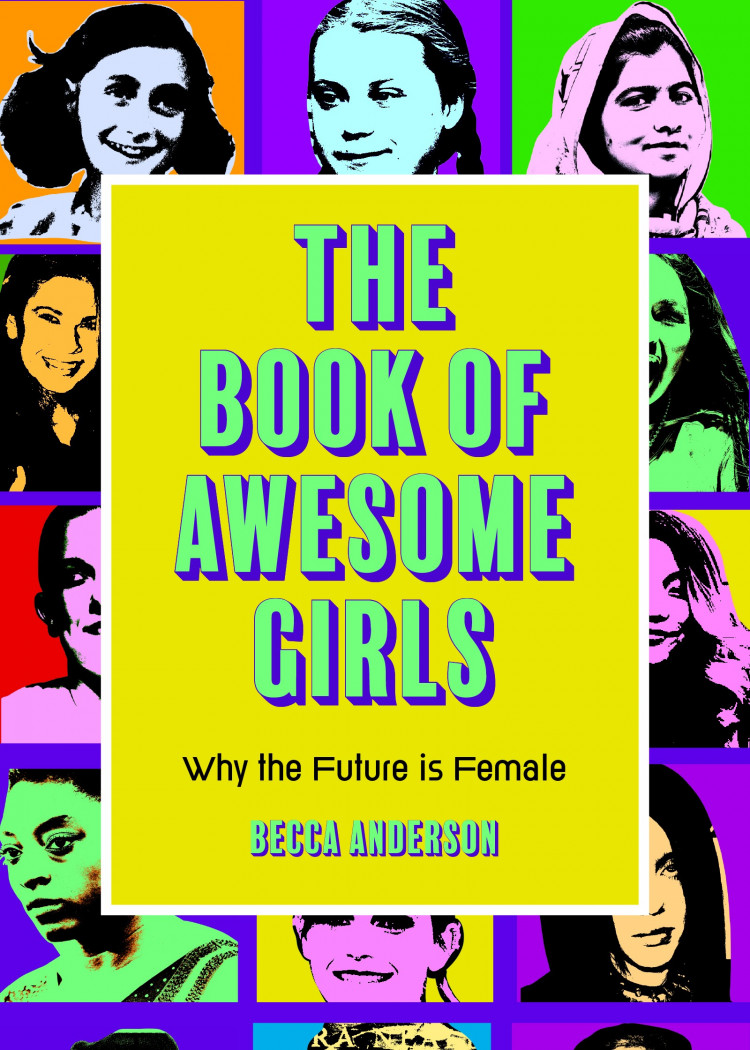 The Book of Awesome Girls

Celebrate the Power of Girls in This Book for Teens

You’re a teenage girl and this is the time you’re coming into your own. Girl empowerment is more accessible than you think. In The Book of Awesome Girls celebrate the power of girls and the famous girls who have shaped, and continue to shape, our future.

An uncensored history of girl power. Before they were seasoned women, little feminists were changing society and inspiring future generations. At seventeen, Malala Yousafzai was awarded the Nobel Peace Prize. Days after her thirteenth birthday, Anne Frank began writing one of the most poignant glimpses of Nazi occupation. Packed with mini biographies of big she-ros, The Book of Awesome Girls features famous girls alongside the equally awesome teens omitted from the history books. With a bonus chapter on girl empowerment today, readers are invited to learn about modern figures like Greta Thunberg and Mari Copeny.

Girls just wanna have nonfiction. Driven by girl empowerment, this collection of biographies tells the unique stories of strong voices—despite age. From artists to athletes, The Book of Awesome Girls showcases a plethora of passions and skill sets to prove that strong is the new pretty.  According to these famous girls, you don’t have to be of voting age to make a difference.

Inside, you’ll find captivating chapters such as: Daily Inspirational Prayers and Meditations for Self-Reflection and Gratitude

New Beginnings is a spiritual guidebook for changing your life featuring meditations, affirmations, prayers, and blessings for each day of the year.

Pray every day. In her latest gem, bestselling author Becca Anderson offers inspirational words for each day of the year to those exploring new horizons or rebooting their directions in life.  New Beginnings is a must-have for those seeking both guidance and companionship as they move in new, positive directions.

Find a new spiritual way. Having the ability to draw inward and speculate is a fundamental skill if one wishes to grow and achieve an unlimited number of goals. If you are looking for a change in your life or seeking a new path with a vision of starting afresh, New Beginnings just might be the perfect book for you.

Join Becca Anderson, a woman’s studies scholar, and the author of the bestselling The Book of Awesome Women, as she shares daily meditations, affirmations, prayers, and blessings. Anderson draws from a diverse pool of religions, practices, and spiritualties to bring you the perfect message for each day of the year.

Use New Beginnings as a powerful instrument for self-reflection and gratitude:

If you enjoyed spiritual guidebooks like Live in Grace, Walk in Love, Unshakeable, or Prayers for Difficult Times Women's Edition, then New Beginnings will help bring a greater sense of peace, inner peace, and peace of mind.