| Talkspace | Anxiety Attack vs. Panic Attack: Which One Are You Having?

Anxiety Attack vs. Panic Attack: Which One Are You Having? 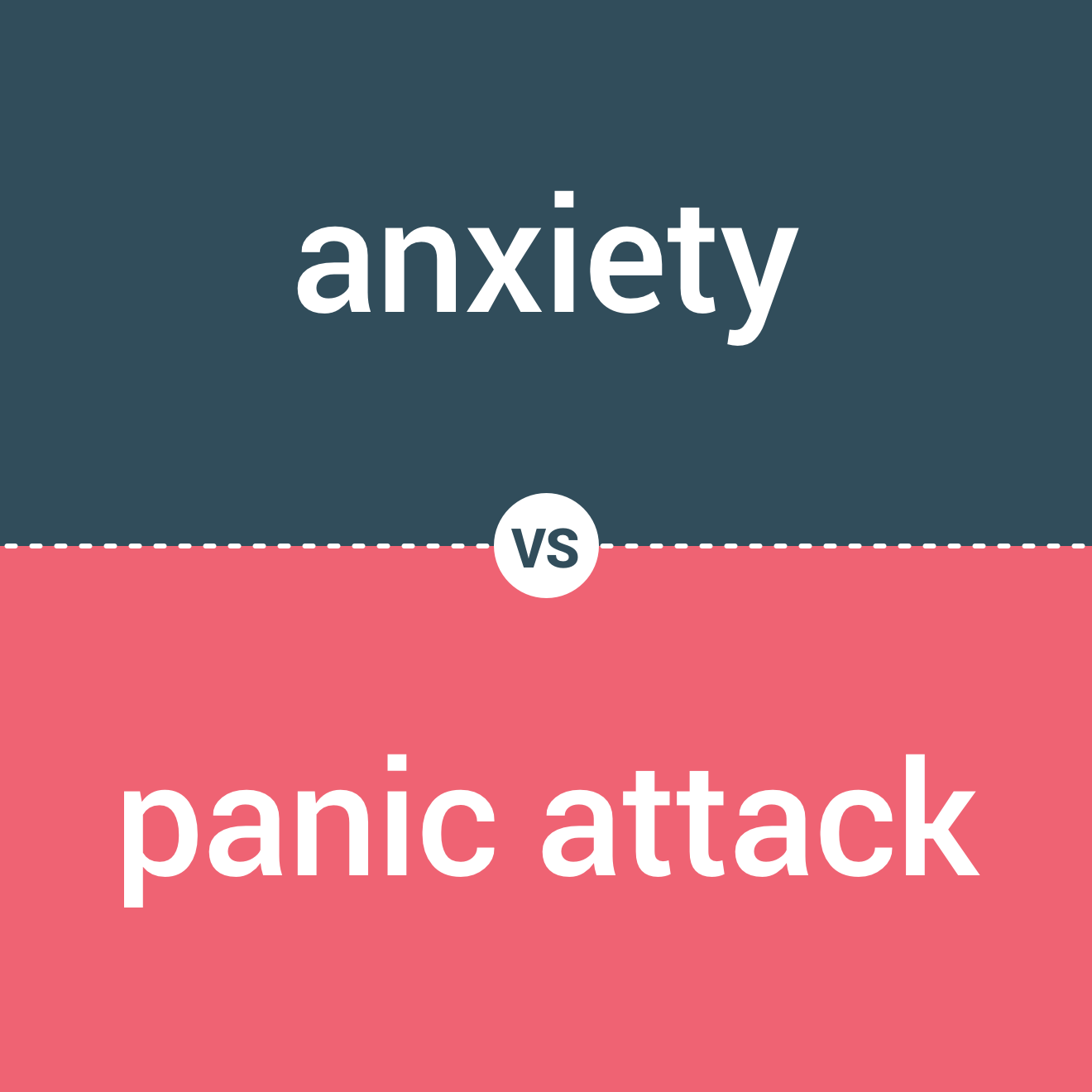 Knowing the difference between an anxiety attack vs. panic attack is more than an issue of semantics. It can shape the course of your mental health. If you don’t know which one you are having, it will be difficult to find the appropriate treatment or develop useful coping skills. You might waste time addressing the wrong issues.

“Anxiety attack” is not an official clinical term. The latest edition of the Diagnostic and Statistical Manual of Mental Disorders [DSM-5], a book the vast majority of mental health professionals abide by, does not list it (we’ll be sure to update this article if that fact changes during the next release of the DSM).

“Anxiety attack” is actually a colloquial term anxiety sufferers created to describe intense or extended periods of anxiety. An anxiety attack is more intense than a mere feeling of anxiety, but it isn’t as severe as a panic attack.

People began using the term because they felt like anxiety was attacking their life by interrupting periods of calmness, according to therapist Helen Odessky, author of “Stop Anxiety from Stopping You.” Many clients used the term in therapy, so mental health professionals became aware of it and began forming more detailed definitions.

By conducting research, interviewing anxiety experts and comparing definitions from various parties with clinical experience, we formulated a clear definition:

The Definition of an Anxiety Attack

An anxiety attack is an intense and/or extended period of anxiety. It is more severe than the simple feeling of anxiety but less severe than a panic attack. It can last anywhere from minutes to hours, even days and weeks.

It usually carries one or more of the following symptoms:

“I have had patients who have experienced an anxiety attack on their way to the airport because they have had a panic attack on the airplane,” Poag said.

Anxiety attacks often cause patterns of avoidance or excessive caution, said therapist Emma Levine. For example, someone who has experienced anxiety attacks because of social anxiety might avoid the places or situations that have made him or her anxious. | Talkspace | Anxiety Attack vs. Panic Attack: Which One Are You Having?