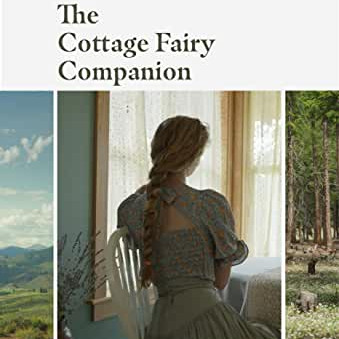 There’s no place like home—especially now, as more people are considering whether where they live works for the lives they have, and the lives they want to have.

“We’ve been through this very difficult time where the home really was everything,” says Sophie Devlin, editor, interiors, at Ryland Peters & Small and CICO Books. “It forced us all to reassess what we want from our homes.”

Julie Bennett, v-p and executive editor at Ten Speed Press, notes that after having spent so much time at home over the past few years, it’s natural to want that home to “be a place where you enjoy spending your time. You want to feel really connected to your space and your things.”

New books aim to help readers make those connections. PW spoke with Bennett, Devlin, and other editors about fall releases that show how home design and decor can promote feelings of safety, welcome, and joy.

The phrase “Does this spark joy?” entered the popular consciousness in 2014 with Marie Kondo’s blockbuster The Life-Changing Magic of Tidying Up (2.7 million print copies sold, per NPD BookScan). In the November Ten Speed release Marie Kondo’s Kurashi at Home, Kondo draws a new link between home and heart, defining kurashi as “the ideal way of spending our time” and the next step after decluttering. Completing the KonMari method “doesn’t necessarily mean that your home is then set up to support what your ideal life looks like,” Ten Speed’s Bennett says. By way of illustration and inspiration, the new book shares photos of Kondo’s family at home, and the spaces that support the morning, afternoon, and evening routines and rituals that make them happiest.

Hygge, a Danish word evoking feelings of contentment, became a lifestyle catchphrase thanks in large part to books including 2017’s The Little Book of Hygge by Meik Wiking (301,000 print copies sold). With My Hygge Home, a November Abrams Image release, Wiking “incorporates his happiness research into simple and practical tips you can use in your house,” says Shawna Mullen, editorial director, interior design and craft, at Abrams. One example: the use of lighting as a mood changer. “The Danes know that adding natural light or candlelight makes a space so appealing that people really want to linger there, and talk, and laugh,” Mullen says. “These are all things that minimize stress and boost your serotonin.”

After the concept of hygge became well established internationally, cottagecore—an aesthetic that idealizes country living—began taking over Instagram feeds. In 2021, Natasha Vera, senior editor at Mango Publishing, tuned into the YouTube channel of Paola Merrill, aka TheCottageFairy, to learn more. Merrill, who has one million subscribers, believes that a cozy cottagecore vibe can be had anywhere, not just in the country. As she writes in her debut, The Cottage Fairy Companion, a November release from Mango imprint Yellow Pear, a beautiful life “isn’t dependent on where you live, but how.” She organizes the projects and reflections in the book by season, under chapter headings including “A Gentle Start,” “Cultivating a Loving Space,” and “Quiet Living in Winter.” Her crafts—orange slice garlands, a terrarium, and more—are “very easy,” Vera says, but “they’re no less enjoyable, even if you’re an expert. The purpose isn’t to keep busy or master it. It’s to slow down and have a moment to connect to nature and yourself and be in the present moment.”

Several forthcoming titles emphasize home as a place for self-expression. In the November Clarkson Potter release AphroChic, husband-and-wife design team Bryan Mason and Jeanine Hays (authors of 2013’s Remix) profile the owners of 16 homes, interspersing the pictorials and interviews with essays on Black homeownership in the United States. Mason and Hays “wanted to talk about the role of the home in this culture and how it can help achieve this feeling of safety, this feeling of celebration, this feeling of gathering,” says Angelin Borsics, editorial director, design and culture, at Clarkson Potter. “It’s the one space in our lives where we can be ourselves.”

Therapist Anita Yokota looks at home design as an exercise in self-awareness in another Clarkson Potter release, Home Therapy (Dec.). Her central principle, Borsics says, is that “interior design is not just about form; it’s about function. And you can’t really address function until you understand your own needs.” Yokota identifies four domains of decluttering and decoration—individual (what you want), organization (how to get it), communal (how to use it), and renewal (how to sustain it)—while foregrounding mental wellness.

In A Home to Share, out in October from Abrams, Leslie Saeta details the renovations she first chronicled on her Instagram account My Hundred Year Old Home, which has grown to 358,000 followers. “Our family home was built in 1915,” she writes, “and when we bought it from my in-laws, we wanted to keep the legacy and the spirit of this home alive while also making it work best for the way we live.” Saeta prioritizes hospitality, and her glossy photo spreads are punctuated with “ideas for entertaining people once you’ve brought them in,” says Mullen at Abrams, as well as tips on how to keep rooms “beautiful, but a little bit bomb proof.”

Lizzie McGraw, an interior designer and the owner of Tumbleweed & Dandelion boutique in Venice, Calif., showcases a dozen homes she designed for clients across the country in her debut, Creative Style, which CICO is publishing in October. McGraw believes “the home is not a static work of art,” says Devlin at CICO. “It’s a living thing, and it’s all about the people who live there.”