Embraced by celebrities like Tess Holliday and Lena Dunham, the body-positive movement is carving out a digital space where everyday people find affirmation for their appearance. 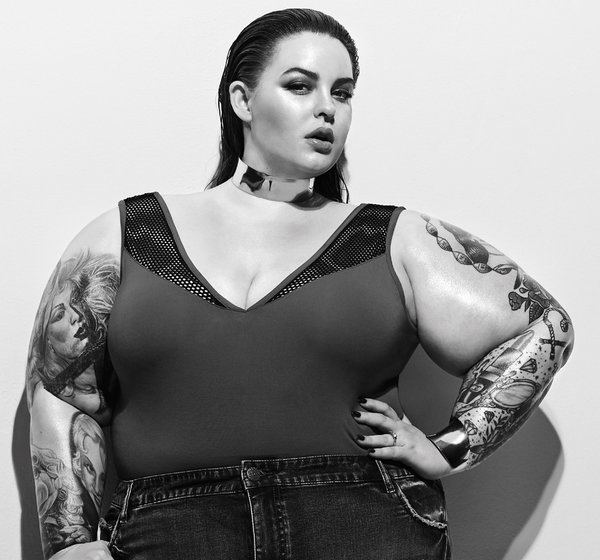 Instagram allows us “to cultivate our own experiences,” Tess Holliday, a model and body-positive advocate, said.

The model Tess Holliday was on a plane to New York in May when a modeling agent she didn’t know doled out some unsolicited advice: cut out white sugar to further her career.

Last month, an Uber driver in Los Angeles asked about her cholesterol, to which she replied, “I am healthy.” She captured this exchange on video and posted it to Instagram for her 1.4 million Instagram followers; it has more than 380,000 views and nearly 4,000 comments.

“I wanted to let my followers know what I deal with in my life, and that if this is happening to you, it’s not O.K.,” Ms. Holliday, 31, said in an interview. “This is not acceptable behavior. I just hope it opens people’s eyes a bit.”

Ms. Holliday is not only unapologetic about her size-22 body, she is proud of it, with a confidence has catapulted her to mainstream fame. In 2015, she landed a modeling contract with Milk Management and a People magazine cover, and has become a leader in an online movement called BoPo, short for “body positive.”

The movement has become a growing force on Instagram in particular, acting as a counterweight to the millions of posts of tiny tummies and thigh gaps propagated by the thousands of traditional models who dominate social media.

Instagram allows us “to cultivate our own experiences,” Ms. Holliday said, who has a new book, “The Not So Subtle Art of Being a Fat Girl.”

“Prior to Instagram, you just saw whatever online. Now you can follow people that are into body positivity, feminism, radical body love, artists. People that inspire me,” she said.

“It’s really important to surround yourself with people that uplift you and support you, and so you really have a community of that.”

A digital space for all sorts of bodies

A recent study ranked Instagram and Snapchat as the worst social platforms for body image, though Instagram had good marks for self-expression, self-identity and emotional support. And Instagram has made a concerted effort to foster these online communities by building programs around well-being, and by prioritizing safety and inclusion.

Hashtags like #bodypositive, #bopo, #bodyacceptance and #effyourbeautystandards — the one created by Ms. Holliday in 2011 — have been added to millions of Instagram posts, carving out a digital space where everyday people can share photos of their bodies and stories about body image.

Body positivity is more than weight acceptance, though. It is about accepting one’s body as it is, regardless of what is deemed socially acceptable or beautiful: from the external like acne, body hair, cellulite and stretch marks, to the more complex like physical disabilities or disorders.

By relying on images, Instagram opens the door to change in a way that transcends language and age, said Marne Levine, Instagram’s chief operating officer. “It is through that visual nature that people are able to be what might not have been obvious to them before.”

Organizations working to promote body positivity have seen an ally in Instagram, but at the end of the day, the onus is on users to take control of their accounts and “combat that toxic self-criticism,” said Claire Mysko, the chief executive of National Eating Disorders Association.

“When body hatred has dominated your daily thoughts and the ‘not perfect enough’ voice is on repeat in your head, curating your feed so that you see pictures of people of all sizes posting unapologetically without shame can be a powerful tool,” she said.

Body positivity does not mean feeling “ra-ra fabulous” about your body every day, she added. “We need to allow for body neutrality and just basic body acceptance too.”

Her association teamed up with Instagram to hold a panel in March that included Iskra Lawrence and Matt Joseph Diaz, both of whom are popular body-positive voices on the platform.

Ms. Lawrence, who has 3.5 million Instagram followers, stressed the importance of not letting your social media habits control you. “Life comes first, and you come first,” she said in an email. “If you don’t feel good on a certain page, block or unfollow it.”

A picture bolstered with words

Photos shared using body-positive hashtags are often accompanied by personal statements, many of which are long and intimate.

“My body isn’t fair game” the actress and director Lena Dunham wrote on Instagram to her 3.3 million followers in January as part of a lengthy message. She was addressing February’s Glamour magazine cover, which unlike many in fashion magazines, had not been retouched.

“Let’s get something straight: I didn’t hate what I looked like — I hated the culture that was telling me to hate it,” she wrote. “Thank you to the women in Hollywood (and on Instagram!) leading the way, inspiring and normalizing the female form in EVERY form.”

Jessamyn Stanley, a yoga instructor and the author of “Every Body Yoga,” uses the platform to speak out about body-shaming and to promote fitness at any size.

She recently addressed how wearing shorts “can almost feel like a political act” for larger people.

“Fat bodies have been fetishized and demonized for so long,” she wrote to her 307,000 followers. “I’m stopping the cycle for myself. And letting my thigh meat breathe in public is a huge part of that process.”

The surge of body-positive voices joining the dialogue on social media has coincided with progress offline.

Ashley Graham became the first plus-size model to appear on the cover of American Vogue in its March issue. And in February, the fashion designer Christian Siriano sent 10 plus-size models down the runway of his New York Fashion Week show, alongside traditional models.

And a growing faction of men are now sharing their body-acceptance journeys on Instagram, drawing tens of thousands of followers. Kelvin Davis, creator of Notoriously Dapper, a body-positive men’s fashion blog, recently posted a pool-party photo. In it, he’s wearing only swim trucks and sunglasses. “When you give zero effs about the summer body standards,” he said.

Ms. Holliday said she didn’t realize the impact her audacity would have. “I didn’t understand what I was doing when I started all of this. Sometimes I still have no idea,” she said. “All we can hope for is to try and talk about our experiences and share them with other people and hope that in some way, someone gets it and that changes someone.”

Ms. Lawrence, who dealt with disordered eating and body dysmorphia as a teenager, says she hopes sharing her experiences helps to erase the stigmas associated with mental health. When those in the public eye share their struggles, she said, it can potentially help someone else who may be hurting in a similar way.

“Growing up,” Ms. Lawrence said, “I wish I could have seen more public figures, like models I looked up to, discussing body-image issues they may have been struggling with.”

Ms. Holliday agrees. “I would have given anything to have been 12 in Mississippi and seen someone like me,” she said. “My whole world would have changed.