The Establishment / A Hidden History Of Policing Female Pleasure (And Power)

Pleasure has always been policed, in some way or another, in cultures across the world. That’s because pleasure is, in a way, a source of resistance.

In her book Vagina, Naomi Wolf argues that women have a special relationship with pleasure in that, when we have the right kind of it, we are feisty, powerful, and strong, and when we don’t, we can lose our will to stand up for ourselves. The way our pelvic nerves translate pleasure from our sexual experiences to our brains boosts the hormones that make us strong and connected and dampen our vulnerability to depression and lethargy.

Wolf argues that dopamine in particular is “the ultimate feminist chemical. If a woman has optimal levels of dopamine, she is difficult to direct against herself. She is hard to drive to self-destruction, to manipulate and control.” On the other hand, when dopamine is too low, which is a known effect of sexual violence, women tend to get depressed, stop fighting back, and become easier to subjugate.

Wolf argues, then, that there is a physiological reason why women have been suppressed for so many generations: the powers that be knew, probably from experience, that if you damage the vagina, essentially, you damage the brain. Mess with our dopamine flow and we’ll stop fighting back. Rape has always gone along with pillaging not (only) because colonizers are assholes, but because when you can quickly and easily shut down half the population, you cut your colonizing hours in half. They didn’t need a scientific study to prove what they could see with their own eyes: rape a woman and she’ll stop resisting.

I don’t like any kind of feminism that sets one gender above another, so I do not mean this in any way as a value judgment. Neither gender is “better.” But one gender is theoretically able to get more of a certain kind of dopamine and opioid/endorphin activation during sex, which has a very specific effect on the brain and even the personality. We cannot escape what this math implies for female sexuality, in its unmediated, un-messed-up state: nature constructed a profound difference between the sexes, which places women in, potentially, a position of greater biochemical empowerment.

Great sex, Wolf explains, boosts women’s dopamine, endorphins, opioids, and testosterone. It makes us more willing to take creative risks, to give fewer fucks about what other people think of us. It makes us want to take over the world. And have more sex.

Wolf goes on, “So the fear that patriarchy always had—that if you let women have sex and know how to like it, it will make them both increasingly libidinous and increasingly ungovernable—is actually biologically true!” From this perspective, it makes sense that suppressing and policing female sexuality has always been an aspect of patriarchal society. Knowing our sexual bodies and being unafraid to use them might have made us so full of spunk and fire that our subjugation wouldn’t have been possible.

The patriarchal fear of female pleasure was perhaps most salient during the centuries of witch-hunting when mostly women were tortured (often sexually) and killed in brutal ways. The first trials started in the 14th century and hit a fever pitch in the 16th and 17th centuries. Barbara Ehrenreich and Deirdre English put the killings in perspective when they write in their book Witches, Midwives, and Nurses:

One writer has estimated the number of executions on an average of 600 a year for certain German cities—or two a day, ‘leaving out Sundays.’ Nine hundred witches were destroyed in a single year in the Wertzberg area, and 1000 were put to death in a day. In the Bishopric of Trier, in 1585, two villages were left with only one female inhabitant each.

Men were sometimes accused of witchcraft too, but the authors point out that “women made up some 85 percent of those executed.” It’s always been so interesting to me that when we hear the phrase “witch hunt” in our cultural lexicon, it’s usually coming from a white man feeling persecuted after he got caught abusing his power. Why don’t we talk more about the witch hunt era as what it was: a large scale, wide-reaching historical campaign of terror against women?

There’s no evidence witchcraft as a specific religion ever really existed, though as a young teen who would light candles and try to cast spells while blasting the angsty strains of Alanis Morissette, I still can’t help but yearn for a ritualistic practice that literally gave women power. Magic wasn’t really what was being hunted, though: it was any form of power that could belong to a woman, especially if it related to her reproductive abilities.

Before the witch hunts, women were bakers, ale-makers, schoolteachers, doctors, and surgeons. Gynecology was a mostly female profession, with c-sections being performed almost exclusively by women in the 14th century, until male-only universities started popping up to certify men and push the midwives and lay healers out of a job.

The lay healers were mostly women who would provide counsel and a few herbs while, by the 1800s, men were getting certified to perform superstitious rituals like bloodletting and treating leprosy with “a broth made of the flesh of a black snake caught in a dry land among stones.” As Ehrenreich and English point out, a patient would be likelier to die by the hands of a certified male doctor’s bravura than with the “undoubtedly safer” gentle attentions of a female lay healer.

Women were especially targeted if they had any medical knowledge about reproduction or contraception. In her book Caliban and the Witch, Silvia Federici argues that the witch hunts were a necessary strategy to transition from feudalism into the capitalist era. Women’s bodies were needed to create more laborers for the new economy, so reproduction had to be carefully monitored.

“The criminalization of women’s control over procreation is a phenomenon whose importance cannot be overemphasized,” Federici writes, “both from the viewpoint of its effects on women and its consequences for the capitalist organization of work.”

If Wolf’s argument that targeting women sexually is an age-old strategy of war, the witch hunts make no exception. “In community after community,” Wolf writes, “the women identified by inquisitors or by their fellow villagers as ‘witches’ were often those who were seen as too sexual, or too free. And forms of torture were focused on their sexuality,” such as with devices placed in the vagina or with vaginal mutilation.

When women were shamed for their sexuality and even tortured at their genital source, the theory goes, they would indeed be willing to step back and relinquish their rights. It is interesting, however, that this subjugation and control of women in the service of capitalism took almost 400 years. We obviously haven’t been that easy to subjugate.

Echoes of this sexual suppression and torture continue on today in communities where girl’s clitorises are cut out or burned, ostensibly for religious reasons. Clitoridectomies are hardly an invention of some other land, however, lest we think we Westerners are somehow more civilized. In 1858, the English doctor Isaac Baker Brown introduced the practice that, Wolf explains, made him “famous and sought after for his ‘cure,’ which took argumentative, fiery girls, and, after he had excised their clitorises, returned them to their families in a state of docility, meekness, and obedience.” Even Western doctors, it seems, understood that damaging a girl’s clitoris would somehow amputate her will to rebel.

Then, of course, there’s our old buddy Sigmund Freud. The (in)famous founder of psychoanalysis has a hidden story that is, in my reading, about his betrayal of womankind. In the last decades of the 19th century, Freud and his contemporaries were greatly interested in hysteria—which was, basically, a catch-all term for women’s psychological problems vaguely associated with the uterus (hystera in Greek).

In his earnest attempt to understand this common affliction, Freud sat down with women and listened to them. Jean-Martin Charcot and Joseph Breuer, Freud’s contemporaries, were similarly focused on the problem. In her book Trauma and Recovery, Judith Herman points out that “For a brief decade men of science listened to women with a devotion and a respect unparalleled before or since.

All this listening bore fruit for Freud, at least at first. He discovered that women suffering from hysteria pretty much always had a history of childhood sexual abuse. Freud wrote a triumphant paper called The Aetiology of Hysteria clearly explaining the root of the problem. Instead of being lauded for his discovery, however, he was met with the academic version of an uncomfortable silence. “Hysteria was so common among women,” Herman explains,

that if his patient’s stories were true, and if his theory were correct, he would be forced to conclude that what he called ‘perverted acts against children’ were endemic, not only among the proletariat of Paris, where he had first studied hysteria, but also among the respectable bourgeois families of Vienna, where he had established his practice.

That meant that sexual abuse was a systemic issue, a problem of violence against girl children that defied class. Freud’s society was not ready to consider such an earth-shattering possibility, so his theory was rejected. In order to maintain his prestigious position in society, he recanted. Herman goes on,

By the first decade of the twentieth century, without ever offering any clinical documentation of false complaints, Freud had concluded that his hysterical patients’ accounts of childhood sexual abuse were untrue: ‘I was at last obliged to recognize that these scenes of seduction has never taken place, and that they were only fantasies which my patients had made up.’

Betrayal! Freud’s psychoanalysis went on to create a theory of neurosis that did not match women’s actual experience of reality. He insisted that women lie often and that their fantasies were the source of their problems. He came up with the concept of penis envy, that old canard that little girls hate their mothers forever for not giving them a penis. Not to mention his insulting (and evidence-free) idea that women who can’t achieve orgasms from penetration alone are somehow immature, a concept that caused sexual insecurity and an epidemic of sexually frustrated women that still persists to this day.

Women have inherited quite a history of sexual shame, terror, and torture from our ancestral grandmothers, even if we have no history of it in our own lives. It’s no wonder feeling sexual pleasure is so fraught in our time—not only have we not always felt the right to experience pleasure in the ways that work for us (thanks Freud!), but we have echoes of intergenerational trauma from a history of being tortured, murdered, and violated, at worst, and silenced, at best.

For these reasons and more, feeling pleasure isn’t just a little thing we should try to make more time for in our busy lives because it’s fun. It’s a radical act of resistance against a history of suppression and pain. Taking pleasure, whether by enjoying great sex, going dancing, eating good food, or simply having a hot cup of tea on a cool day, is an act of self-determination and choice. Our pleasure is a tool of resistance against our own oppression and suppression. Our pleasure matters. 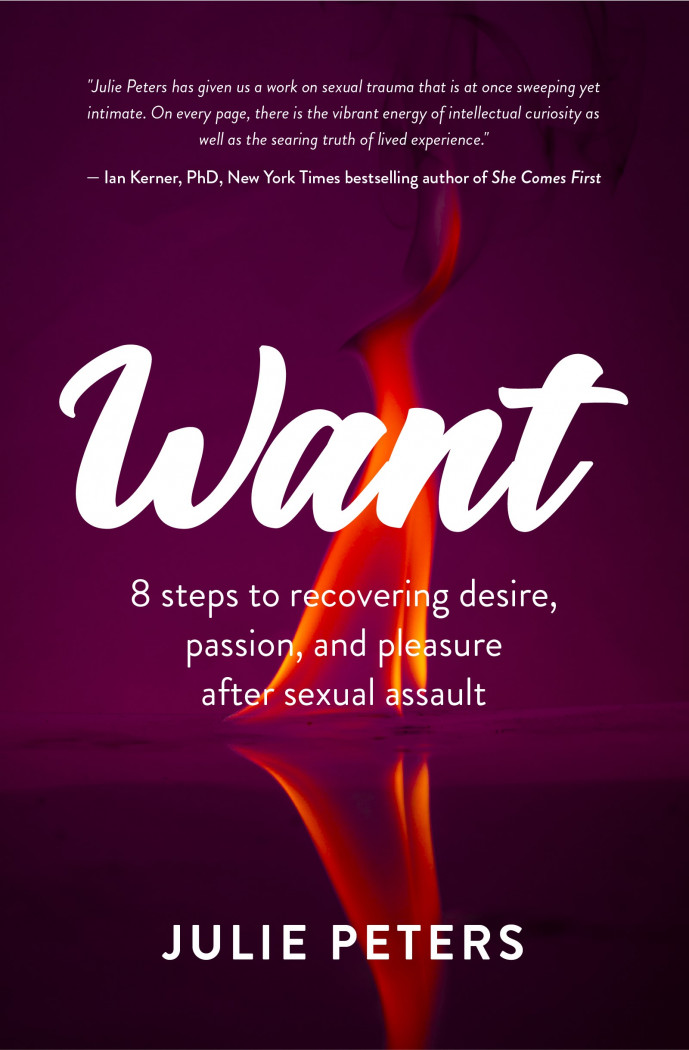 The Establishment / A Hidden History Of Policing Female Pleasure (And Power)