Rangefinder/ What Great Artists and Photographers Can Teach You About Composition

Photography may have a relatively short pedigree compared to other arts, but the visual techniques you can draw on as a photographer can date back hundreds of years.

Photographer, filmmaker and educator Marc Silber has released a new book to help photographers of all skill levels call on the lessons of that rich visual history in their own work. In The Secrets to Amazing Photos: 83 Composition Tools from the Masters, Silber, who produces the Advancing Your Photography YouTube channel, catalogs a number of compositional techniques used by the great artists and photographers and shows how those techniques can be incorporated into your own work.

There are two common misconceptions around composition, Silber says. The first is that there are no rules. "I used to subscribed to that idea until I wrote this book. I thought good composition it was more or less an intuitive thing," Silber says.

The other misconception is that photography and photographic composition entails nothing but rules. Not so, Silber says. After writing the book, he realized the truth landed somewhere in between. Learning the rules of composition is similar to learning the basic chords in music or following recipes when you learn to cook: you lay a foundation of structured approaches and then improvise and create from there. "Composition is a vocabulary," Silber says. "If you only have five or six compositional formats you’ll have a limited photographic vocabulary."

To that end, Secrets presents compositional "recipes" that photographers can use to learn a given technique. 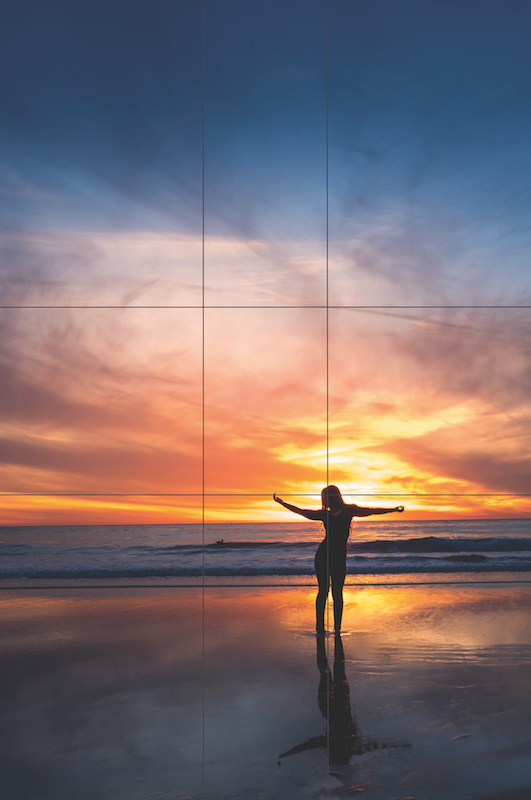 The rule of thirds is one of the cornerstones of photographic composition, but there are plenty more to learn. Photo © Marc Silber

So what are some of these visual techniques you can glean from the greats? "Rembrandt and DaVinci used triangular compositions very heavily—if you look at the Mono Lisa, you can see the triangle in the composition. A triangle shows stability and strength," Silber says. Photographers who take care to compose a triangular scene can convey those same emotions. Diagonal lines, on the other hand, show drama.

You can hone your compositional skills by going to the museum and studying paintings, Silber says. "Ask yourself, 'how did the painter fill the frame?'" The great artists (think Vermeer and Rembrandt) have a lot to teach photographers about leading lines, geometry, subject placement and more. Silber incorporates approaches favored not simply by great painters, but great photographers as well.

After all, says Silber, photography "has an incredible historical heritage that people need to know."

The Secret to Amazing Photos retails for $19 and is available now.

Don't Miss: Tamara Lackey on How to Shoot Great Portraits

Our May Issue Is Out, Loaded with After Capture Tips, Tools and Inspiration

Rangefinder/ What Great Artists and Photographers Can Teach You About Composition