Last summer my mother asked me why I didn’t want to have children.

She was sure there was a specific reason like: “You didn’t want to have to clean poopy diapers or hold someone’s head while they threw up.”

While that is true, it’s not “the reason.”

I replied that there was no specific reason. I simply didn’t have the desire. “My biological clock never started ticking, I guess.”

“Yeah, even as a little girl, you were pretty clear about it,” she said.

I went on. “Based on everything I know about Grandma…everything you’ve told me, everything other people have said, and my own experience of her, I get the impression that she would have been happier without children.”

I thought back to the time, when she was in the nursing home, about a year before she died, and I asked her: “Did you want to have children?”

I was hoping she’d say, “You know what? I didn’t. I had no idea what having children would be like and if I could go back and do it all over again, I would choose differently. But, back then, I didn’t know that I even had a choice.”

But I didn’t believe her, and I still don’t.

Another time she lamented that she didn’t know how to be a good mother to my mother, her first, whom she deemed “defiant, headstrong, like her father.”

“I made some mistakes with her,” she said from her nursing home bed.

I continued responding to my mother’s question.

“I think I am like her. Maybe it runs in the family.”

To be able to say – to my mother – that I am like her mother, with some measure of pride rather than embarrassment or shame – was freeing. There were very few times, if any, that I remember my mother speaking of her mother without disdain or contempt.

“She wanted to be like her Aunt Lydia, who was beautiful and married a rich man from Cuba. They lived a glamorous life,” she said, her tone of voice shifting in the way it did when spoke of my grandmother. “Or like her cousin Yvonne Adair, the Broadway actress.”

“But Grandpa was a ‘family man’,” she went on, making air quotes with her fingers. “I remember him saying that. Of course he went off to work every day and Mom was stuck with us. She used to send me away when I was very little. I also remember, after my sister was born, that she left us and went to Cape Cod. Alone. Nene came down from New Hampshire to take care of us.”

I thought back to the three-page, typed, single-space letter I had discovered when I cleaned out my grandmother’s home, a letter my mother had written to her in 1987. It was full of hurt, accusations, and confusion. And in the margins were my grandmother’s handwritten notes in response to each accusation: “true,” “false,” and “this is nuts.”

I returned to the present, looked at my mother and together we said, in unison:

“Back then women didn’t have much of a choice.”

She got a faraway look in her eyes and remembered out loud about having to quit college (reciting the oft-quoted reason her father gave, “because I majored in bridge and boys and flunked out”), marrying my father when she was 19, even though she was in love with Johnny McIntyre, whom she’d met in college, and how Grandpa kept pestering her to make him a grandfather.

Her voice trailed off…

“But I wanted you,” she said, seeming to catch herself.

She has said this before. This time, I heard a subtext: because I don’t think my mother really wanted me I will make sure that you know that I wanted you, even though it would have been nice to finish college, and maybe wait to meet and marry a man I really loved.

I responded: “I would totally get it if you wished you hadn’t had a baby under the circumstances in which you had me.”

Later, as I thought about the one and only child I was briefly pregnant with, it hit me: I don’t know anything about who that child was. I have no idea what that child would have looked like, or what kind of personality it would have had. I didn’t reject a specific person. I simply chose not to have a child.

And if I’d had that child, in 1984, when I was 22, there’s a really good chance that they would have, at some point, understood that I didn’t want them under the circumstances: a pregnancy in my senior year of college with a 19-year-old guy who was gay and ended up being a prostitute in Times Square.

There’s a big difference between being able to choose not to have a child because you don’t want to have one, and…

…not wanting the child you end up having because you had no idea that you didn’t really want a child in the first place, and (or)…

…finding yourself in circumstances that make it hard to raise a child, but…

…you do because that’s what women do, and in hindsight it’s not okay to change your mind, and…

…no matter what you choose, it’s likely you will be judged, harshly, and…and…and…

A couple of years ago, I hopped into my car, turned on the radio, and heard a man say:

“To hear my father say he didn’t love me was both devastating and liberating.”

The man was Neal Brennan, a comedian and co-creator of Chappelle’s Show. He was being interviewed by Terry Gross, host of Fresh Air on NPR. I’d never heard of him, but I was captivated by the way he spoke about his father, because it reminded me of how I used to speak about my mother:

“He was abusive. He was violent. He was an alcoholic. He was a bully. He was a proud narcissist. He was not an empathetic guy. And I think ultimately, he just didn’t want to have kids. It’s something you weren’t allowed to really admit or acknowledge. You couldn’t say, ‘I don’t want kids.’ Most of my mother and father’s life was like, ‘what’s everybody else doing? I guess that’s what we have to do.’ I think my mother was happy to do it. I think my mom loved having 10 kids. But my dad hated it. And he was kind of stuck, which is how he behaved.”

So many women tell me about the pain they feel from not being loved, seen, heard, or understood by their mothers. They make their mother’s words and actions mean that they are not worthy of being loved and understood.

It got me to thinking about the collective pain of women, both mothers and daughters, and what would be possible if I were able to bottle up all that pain and transform it into compassion.

That’s what I am here to do. Or at least to be a model and advocate for women who wish to transform their pain into compassion, to collectively heal a wound that spans generations. 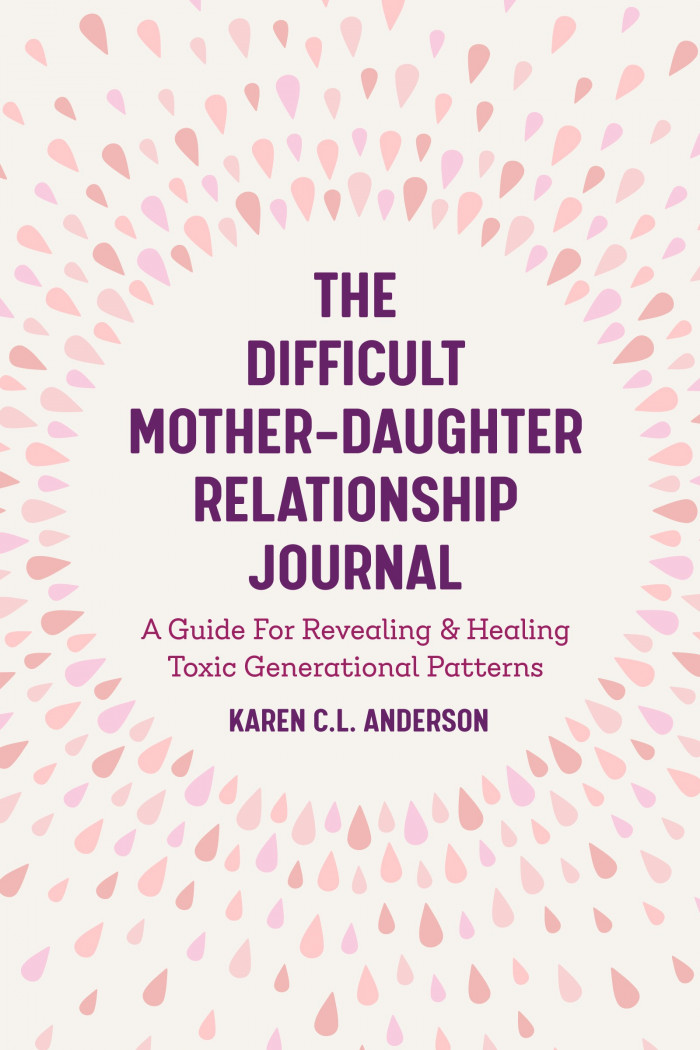