In many respects, the seeds of photographer Marc Silber’s latest book, Create: Tools from Seriously Talented People to Unleash Your Creative Life, were sown at Peninsula School in Menlo Park.

“I spent my entire childhood there,” he said, recalling how his father, a doctor at Dibble Hospital [now SRI] during World War II, had bought a plot of land on Edge Rd. when it was still a dirt road with horses on it.

“Creativity is what was fostered at Peninsula.

“The real magic for me was my 7th grade teacher introducing me to the school’s dark room and showing me how to develop film and make prints. Then I built a dark room in my parent’s house. I took lots of photos of my classmates and developed them myself. I had control over the process. That’s when I became a photographer.”

In writing Create, Marc is hoping readers will rediscover how to live a more creative life. He shows how to avoid the traps of procrastination, overthinking and self-doubt by using specific exercises designed to help find certainty and confidence in self-expression. 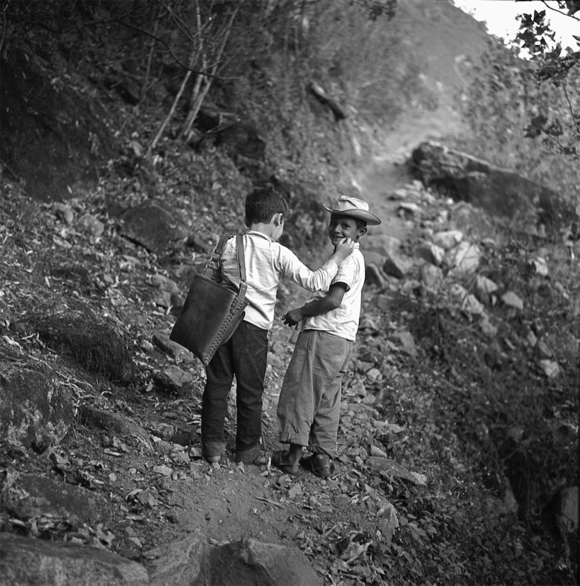 Creativity is  subject he’s addressed at speaking engagements around the country as well as on his popular YouTube series Advancing Your Photography. It was, alas, not something he felt was being fostered when he entered Menlo-Atherton High School as a freshman. “It was like hitting a brick wall,” he recalled.

After transferring to alternative Pacific High School on Skyline Blvd., he attended a year at a prep school in Vermont where he “learned what it was like to get into an academic environment.”

Back at M-A for his senior year, he found he was getting a rehash of subjects learned in Vermont. “But I found out I was a just a credit short of graduating. There was a former Peninsula School teacher who would take a small group of students to a super remote mountain area of Mexico.

“I went to see the principal at M-A to see if this could fulfill my one credit and he agreed to let me go. So, off I went to Mexico for the last semester with my Rolleifix camera.

“It’s the basis of a chapter in Create on making your own creative opportunities even if you get stuck somewhere. It was my great escape!”

Note: Marc will be speaking about Create on Aug. 21 at 6:30 pm at the Harrison Memorial Library located at the corner of Ocean Ave and, Lincoln St., Carmel-by-the-Sea.