We're happy to share that two Mango authors are featured in this Fupping.com article about overcoming phobias. Congrats to Nita Sweeney, author of Depression Hates a Moving Target & to Bridgitte Jackson-Buckley, author of The Gift of Crisis.
https://fupping.com/zakparker/2019/11/26/overcome-any-phobia-with-these-24-books/
Excerpt:
The Gift of Crisis

Three years before the 2008 economic downturn my husband was hospitalized due to the onset of symptoms for a stroke. He was 33 years-old and the primary provider for our family.

With extreme financial insecurity, I constantly felt threatened by a looming financial disaster. My nerves “lived” in fight-or-flight mode. The fear of losing our home to foreclosure dominated my responses, choices, reactions, and conversations. I was consistently afraid this or some other event would occur that we would not be able to financially handle. Eventually it did.

In 2010, we lost our home. It was during this time of financial hardship that I turned to meditation to make it through each day.

During this time of establishing a consistent meditation practice, I still had moments of feeling afraid – of what could go wrong. However, little-by-little fear played a less significant role in my life. It took several years, in fact, of deeply sincere and active participation in meditation, prayer, self-introspection and study to no longer be ruled by fear and self-sabotaging patterns. Simply put, I had a lot of “un-learning” to do. I had to make an effort to uncover the hidden parts of myself which kept me attached to financial disarray and problematic situations.

Over time my mind began to interpret fewer situations as something to be afraid of. I wasn’t as susceptible to being emotionally triggered into a state of fear, anxiety, anger, impatience, sadness or depression. I did still experience the emotions. However, I became less and less pulled around by them. Meditation became the “doorway” through which I was able to quiet my mind, experience less fear and agitation from external events andinstead experience more openness to remain centered and grounded.

THE GIFT OF CRISIS is a raw and real read that offers authentic inspiration, hope, and wisdom during a time of crisis. This real life story of awakening reveals how to explore crisis as a tool for courageous change, and reminds us that we sometimes have to go through the fire to find the gold – “It’s not a crisis, it’s a crossroads!”

At 49 years of age, grief-stricken, chronically depressed Nita Sweeney takes up running with her dog in an attempt to find a way out of the darkness. Her memoir of pounding the roads with her canine companion will entertain and motivate any reader who has ever fallen into deep despair. Whether or not readers want to follow in her footsteps, they will enjoy reading about her journey. 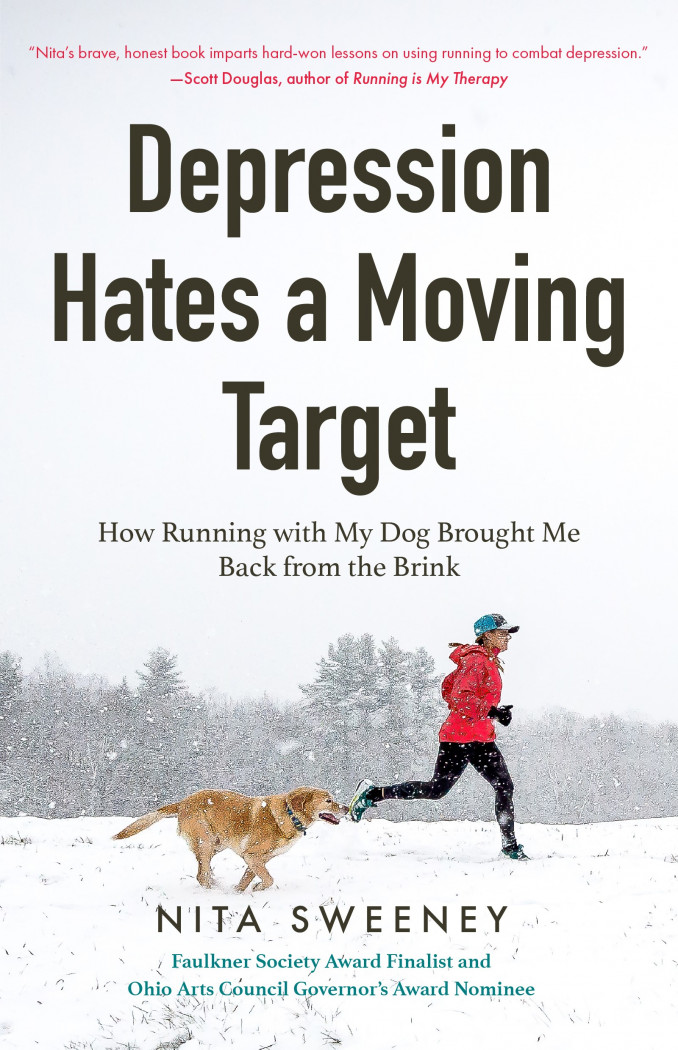