Investment advisor to the high-net-worth.

Opinions expressed by Forbes Contributors are their own.

Every study shows the biggest worry of the high net worth is their children. They are right to be worried. Privileged kids are notorious screw-ups, with the power to take down a family fortune in a single generation. Few rich parents are willing to show the tough love of a Shelby M.C. Davis, who, when his sons wanted him to build a swimming pool on the family estate, bought them shovels and told them to dig the hole. As I look around Los Angeles, I see rich kids calling all the shots, and their one percent parents perspiring with social anxiety and cowering in fear.

Traditionally, one answer has been to ship the kids off to boarding school. The idea gets a lot of undeserved bad press. Consider how Baroness Elsa Schraeder in The Sound of Music schemes to fob the Von Trapp children off on a boarding school at her earliest opportunity. This is seen as sinister. But wouldn’t a good Swiss boarding school leave them better prepared for life than climbing trees while draped in curtains by a singing failed nun packing a six-string?

This question has become especially acute now that the season of thin and fat envelopes (or emails) is upon us. With the epistles coming in svelte and short this year, parents are kicking themselves for not having done more to catapult their gene pool over the hedge into the Ivy League. For those teenage werewolves forever banned from that happy garden by admissions officers with flaming swords, nothing can be done. But what about their younger sibs? Can their Tweenage Dreams of a better life still come true?

Enter my Lawrenceville classmate, Ronald Mangravite. His new book, American Prep: the Insider’s Guide to U.S. Boarding Schools, answers these overwhelming questions. Is it well-written? Cast your peepers over the opening paragraph:

It’s early morning at an American boarding school. The dawn’s early light, filtering down through majestic old trees – maples, oaks and elms - falls gently on a vast circle of manicured lawns, bejeweled with dew. A small herd of deer grazes serenely along the fringe of the campus woods. Out on the river nearby, the crew team is completing a morning workout. Soon chapel bells will begin to peal, announcing the start of the school day. Students will stroll forth across the circle towards ancient ivied buildings where their instructors await to begin the academic day….

The book is so much better than it needs to be that it promotes itself to the status of an instant classic, updating the previous last word on the subject, Nelson Aldrich’s 1979 Preppies: the last Upper Class. It will speak to the heart of any parent or child considering this particular road trip. But don't take my word for it. I caught up with Mangravite at the Polo Lounge and held his feet to the fire to get to the Veritas on the subject.

DeMuth: How is your martini?

DeMuth: You asked for that twist, didn’t you?

DeMuth: Okay, my pencil is out. Life is largely about translating human capital into financial capital and social capital. Why do boarding schools excel at this?

Mangravite: Boarding schools are known for superior academics, but so are many private day schools and some public schools. Where boarding schools set themselves apart is the development of “soft skills” – listening, synthesizing, cooperation, negotiation, conflict resolution, leadership. American boarding schools are tiny; most have less than a thousand students, many half that size or less. Disputes, feuds, misunderstandings need to be resolved quickly and effectively because the kids can’t get away from one another. Boarding students don’t go home to the embrace of their families at the end of the day. They see one another after class, in sports, at meals, in the dorm hallways, day and night, seven days a week. They learn to get along with one another because they have to.  Plus, boarding schools are now widely and deliberately inclusive, bringing together students from across the globe, from every race, region, religion and economic strata. This diversity allows students to meet and mingle with kids they might never encounter otherwise. This promotes new awareness of how different people think, what they value and how they express themselves. Soft skills and an understanding for differing points of view are invaluable lessons for future leaders.

DeMuth: We think of prep schools as being playgrounds of the rich, but your book implies that there are opportunities being left on the table by those in the lower bracketeria. Who might best be able to take advantage of this?

Mangravite:  I think it would be those who don’t rely on false assumptions. Many families don’t proceed because they “know” they can’t afford these schools and believe that serious financial aid is not available to upper income families, as is the case with most colleges.  Certainly, families of limited means find generous grant support at boarding schools, but so can families at higher income and asset levels and this is not widely understood. Boarding schools allow for many more family expenditures than most colleges do. The schools regard such costs as private school tuition for other children, medical bills and saving for retirement as nondiscretionary expenses. Many take into account variations in the cost of living from region to region, and the number of family members. As a consequence, many families in the $200,000-350,000 annual adjusted net income range are stunned to learn they are eligible for significant tuition support.  Some schools give financial support to 70% of their students.  Others provide 30-40% of their students with subsidies averaging 90% for the cost of attendance – not merely tuition – but the total overall cost of attendance, including travel, computers, insurance and other major expenses. As a result, families who would be stretched to pay day school tuition ahead of college, especially for more than one child, discover that boarding school, which has higher overall costs, suddenly makes perfect sense due to this massive amount of financial support.

DeMuth: We all hate failure. Failure is for losers. But American Prep has a completely different take on this.  What is that about?

Mangravite: Yes, well, dealing with failure is a core focus of these schools and always has been. Many were founded in the 19th century by newly wealthy industrialists and businessmen who worried that their children were too pampered and privileged at home, ill-prepared for future roles as leaders – in politics, the military, business and the professions. Hence the creation of the classic American prep schools. They were Spartan and stern. The students, away from their families, had to learn self sufficiency. Everyone played team sports, everyone was in competition day and night – in class, in clubs, in the dorms.  Competition inevitably brings some failure and disappointment.  Coming back from failure requires grit - resilience, persistence and determination.  Nowadays, the schools are welcoming and tremendously supportive but that focus on overcoming set-backs is still central. There are no snowflakes at boarding school.

DeMuth: You seem to think that the parents of prep school kids are unsung heroes. Why?

Mangravite: Parents pay, their children benefit. Parents pay twice, thrice really. The first is the hard costs which are not insignificant. A year at boarding school costs more than the average American family’s annual income. Parents also pay by exclusion. Their children gain the full prep experience with relationships and connections that can last their entire lives. The parent is shut out from this community, save for fleeting trips to campus. The deepest cost though is the emotional price. The student is off on an adventure, quite possibly a life changing one; back home, the parent is left with an empty bedroom and quite likely an aching heart. Prep parents really sacrifice to give their children a superb education. It’s noble. I never truly understood what my parents did for me until my daughter went away to school. Now I know. But how can you not give them such an opportunity? 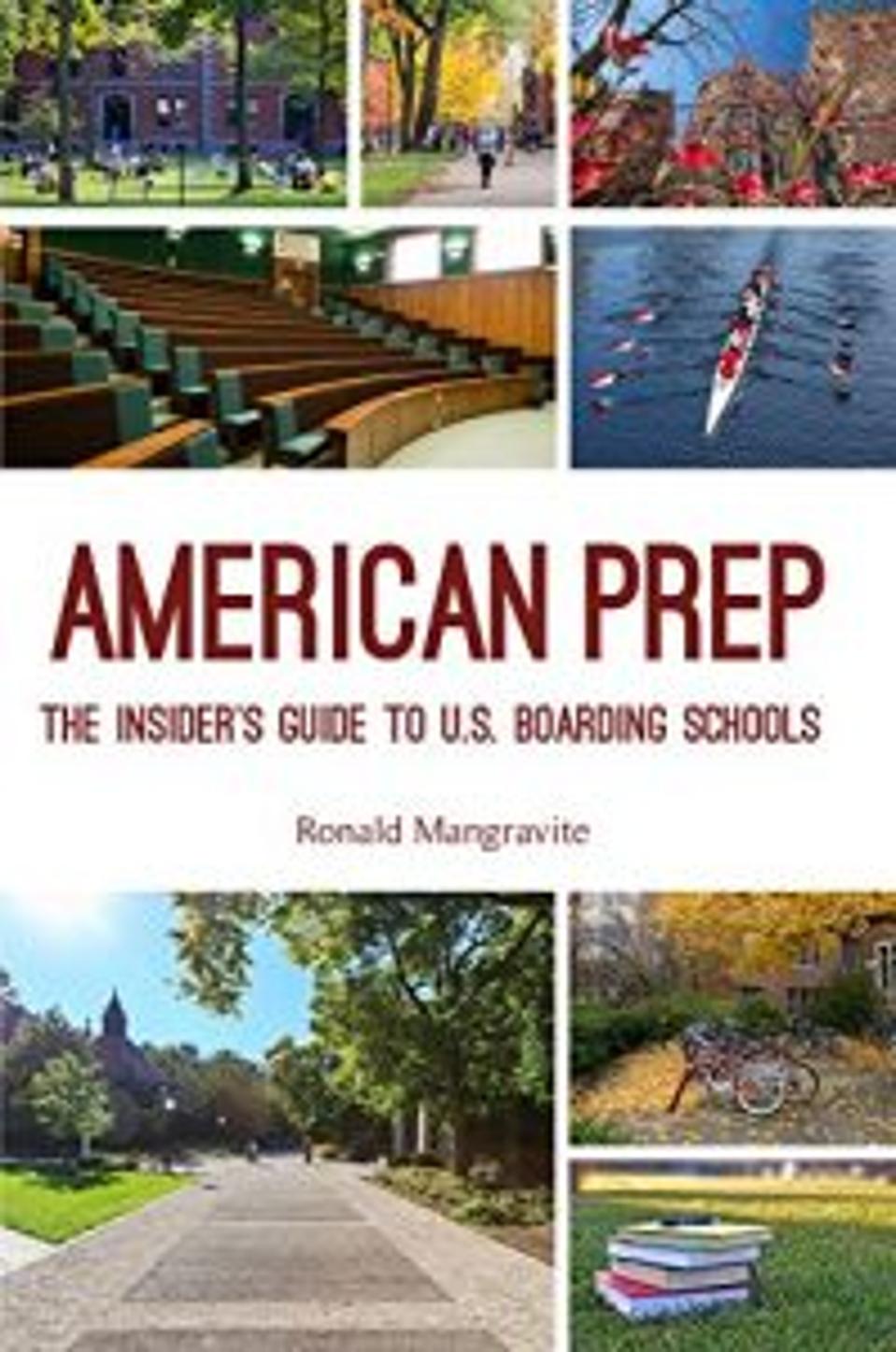