I’ve mentioned my admiration for Stephen R. Covey as well as my prior roles in Franklin Quest Canada and the Covey Leadership Center. To that end I made a recent discovery that delights me—the new book “Management Mess to Leadership Success” by current FranklinCovey EVP and webcast/program host Scott Miller. 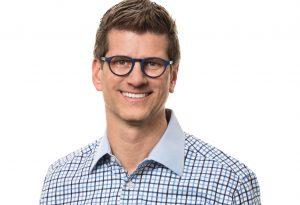 Scott Miller is EVP of Thought Leadership, a Radio and Podcast host, and author of "Management Mess to Leadership Success."

For those of you who consider leadership wisdom “dry as dirt” you are in for a pleasant surprise. Miller’s advice bares all, including getting demoted from his first leadership position three weeks into the role.

Miller boils his best advice into 30 challenges (one per day?) that are high on insight while also being fun and easy to read. He shares his advice in three parts: Lead Yourself, Lead Others and Get Results.

Here are my favorite four:

Demonstrate Humility. This is a principle every alpha personality in a leadership position should learn. In Miller’s case he got a strong first does in his first week as a newly-appointed sales lead. He’d won approval to bring in a spectacular consultant for a two-day retreat. He and she arrived early to set out materials and spread out the beautiful fruit tray she’d personally and meticulously prepared for the 8:00 start. As the participants sauntered in on a leisurely schedule, he delayed the start until the last one arrived at 8:30. He led the proceedings but was barely able to contain his disgust. That evening, he purchased copies of the local newspaper and a pile of highlighter pens, determined to teach the team a lesson they would never forget.

On Day 2, as each arrival was seated, he handed them a copy of the classified ads and a highlighter pen. “If you’re looking for a nine-to-five job, there are plenty of them, right here,” he declared. “Here, go ahead and circle your pick with a marker.” The reactions ranged from confusion to anger. One of the 10 stood up and declared it was his last day.

Overcoming Struggles, Going To College, And Striving To Build A Legacy

UNICEF And Duke University To Team Up On Menstrual Hygiene

Indignant, Miller argued with the visiting consultant in the ensuing days about all of the reasons he believed his approach to be right. Patiently she listened and ultimately showed him the many reasons a gentler approach would have been better. Thankfully, he can now report that 20 years later he is again (and still) friends with each of the 10 who’d experienced his take-no-prisoners method of leadership on the fated day (some of whom even returned to attend his eventual wedding). In a nutshell, humility is one of the most valuable challenges a leader can master and is vital to becoming the person a team will want to support instead of silently hate.

Listen First. This is one of the classic lessons from Stephen R. Covey, yet we need to be reminded of it again and again. Think of the many interchanges, especially during meetings, where participants interrupt each other so quickly that the interchange becomes an exercise in dominance and very little is actually said. Leaders are often the worst offenders in this. Think, instead, about pausing 5-7 seconds before starting to speak. Not only will it allow you to fully hear the other individual, it may give them the confidence to share more deeply. Now, after fully considering the person’s position and thinking, you can speak out with a greater level of clarity and influence. And it is far more likely the other party will respect your message by listening intently as well. Think on this: in any group setting, it is quite typically the person who is saying the least, but who is listening intently, who is carrying the majority of the influence cards.

Carry Your Own Weather. How reactive do you tend to be to outside distractions? Miller talks about FranklinCovey’s Chairman and CEO Bob Whitman’s extraordinary ability to manage his emotional temperament. Even though it’s possible for situations to trigger his emotions, he has learned to keep his “emotional rudder,” as he calls it, tightly aligned to his guiding values.

In my own case, I talk frequently about the value of simply putting some space between the stimulus and the response. Psychologists speak often about the mistakes people make when they respond in a state of emotional stress. In these situations, we are not “acting” but primarily “reacting”—and have allowed our best thinking to be clouded by anger or stress.

Before lashing out or speaking in anger, I advise people to think about this: “What is it that I want to happen? Is what I’m about to say the best way to arrive at that outcome?” If you’re still angry, the answer is probably “no.” Sleep on it. Consider the situation carefully, from all sides, and then come back when tempers have cooled to respond.

Lead Difficult Conversations. Difficult conversations are the crux of leadership and in fact of all meaningful human interactions. Yet so many leaders avoid them, deflect them to others, or attempt to never have them at all. This is disastrous. But the opposite is also true—learning to have difficult conversations in constructive ways can result in the most meaningful experiences you’ll ever experience, both as a leader and as a human being. A few of Miller’s best pointers: Practice, but don’t over-rehearse. Enter the conversation with a win-win attitude. Be respectful of the other person’s point of view and even be open to the possibility there are additional sides to the story. Don’t compare the person to others (or compare their work to others). Describe your concerns and give examples. Think about how and when you would want to hear the difficult information. Opening with a sincere statement such as, “I’m sure I will say this the wrong way, so please forgive me in advance if I stumble, but there’s a sensitive topic we need to discuss.” In some cases, the discussion will need to be deferred to HR (and it is definitely a good thing to ask their advice, when needed).

As a general rule, in a really tough situation, let the first words out of your mouth be the thing you need to convey. Don’t beat around the bush or mosey up to the subject. But in most cases, your sincerity and your genuine desire to get to the bottom of a tough situation will bring out your best and will lead to progress if not to a full resolution.

There are many additional examples in Miller’s new “lesson book” that all can enjoy. By openly sharing his own mess-ups, he’s made the topics relatable to all, and allows every leader to realize that at the end of the day, we’re all human and we can all benefit from finding additional ways to emphasize the “soft skills,” as I call them in The 7 Non-Negotiables of Winning. A constant emphasis on character-based leadership is a boon to every business and to every leader as well.