13 Women Describe The Childhood Food That Helped Shape Their Identity 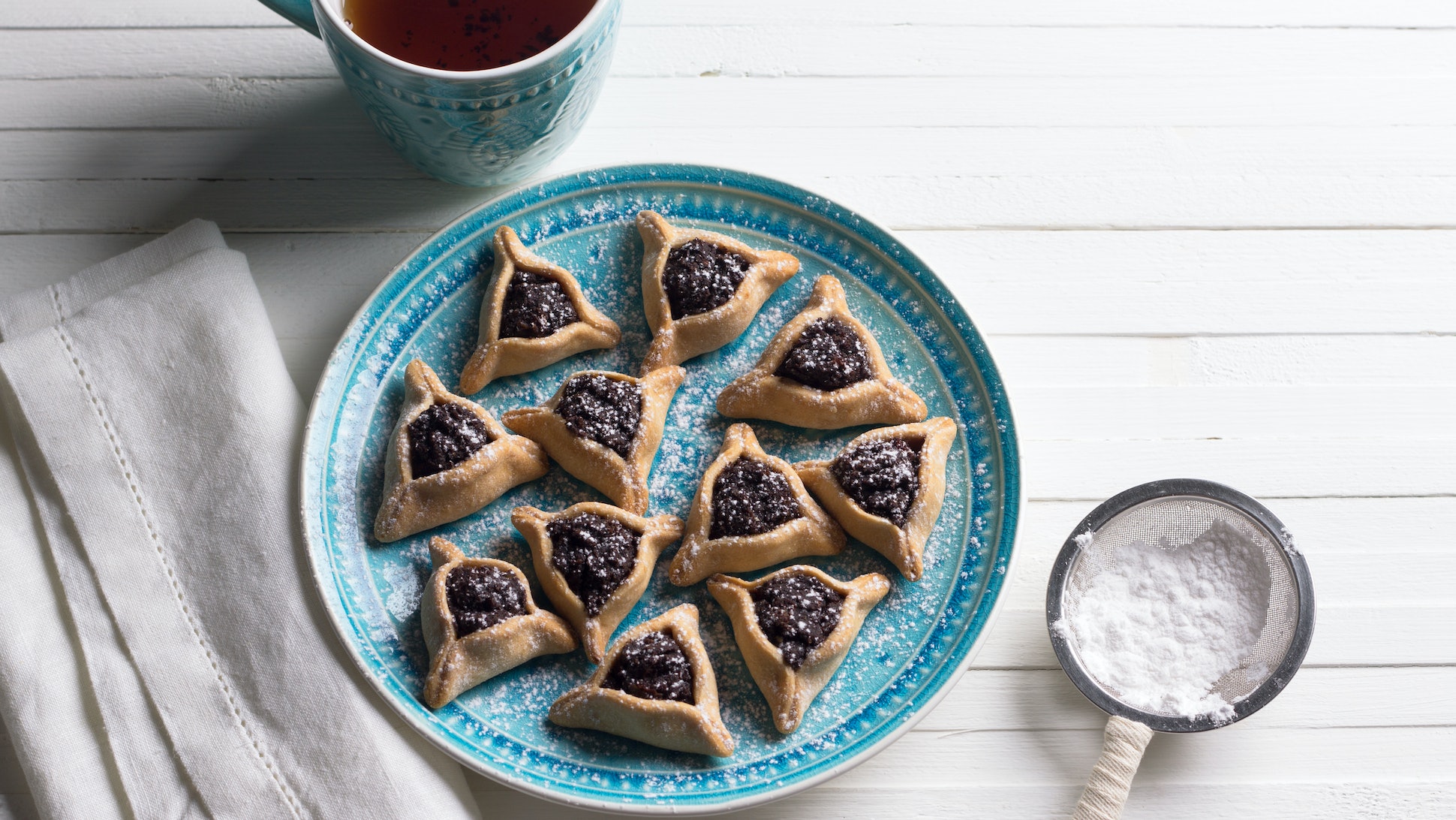 When you think about your childhood, you may have stronger memories of certain foods more than others. For instance, maybe you had your mom’s chicken noodle soup every Friday night, or your dad’s signature tacos. Then again, there were also your grandma’s chocolate chip cookies that she’d make just for you. No matter what foods come to mind, you probably have a childhood food that helped shape your identity.

“Food shapes the identity of people’s whole life experiences because it’s a bonding ritual between families, friends, and communities,” KJ Landis, nutrition educator and personal wellness and life coach, tells Bustle. “There are so many public and private rituals surrounding food, whether they’re religious, cultural, or centered around family traditions."

Landis has fond memories of her mother, Mama Hilda, making Hungarian pastries filled with nuts, jams, or poppy seed paste, and the fragrant smell filling the house. She says her mother used to say that baking was a science and cooking was an art. “She used to put club soda and 7 Up in the dough to make it rise and be flakier than the other mothers’ pastries (that was her secret for winning the baking contests at the school fundraisers during the years),” Landis says. “People came to donate to the school just to enjoy the baked goods my mom provided with love.”

Below, Landis and other women describe the childhood foods that helped shape their identities. Maybe you’ll be able to relate, or maybe their stories will bring back memories of your own. 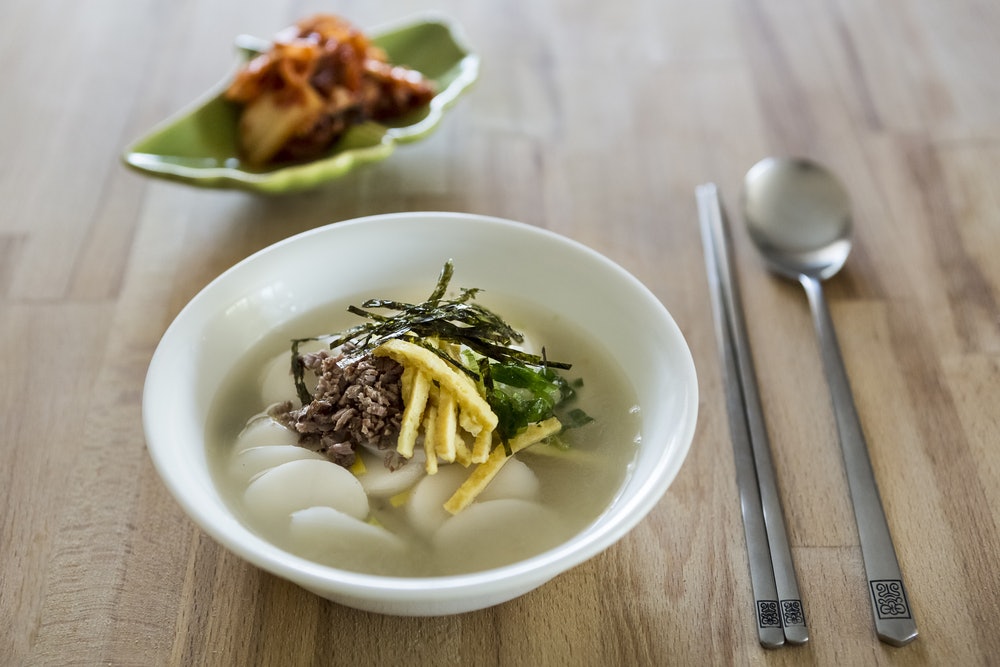 “Mine is duk gook (rice cake soup). With the holidays upon us, I cherish and revel in Korean comfort food, as it helped define my childhood and identity as a first-generation Korean-American. My mom would prepare a rice cake soup called duk gook (떡국), traditionally eaten on New Year’s Day. Duk gook is a comforting soup made of gelatinous oval-shaped rice cakes incorporated into a rich broth with slices of flank beef steak, eggs, sesame seeds, and garnished with strips of toasted seaweed.

We would celebrate with a piping hot bowl of duk gook, both on the Gregorian New Year (January 1) and on the Lunar New Year, which falls on a different day each year. By observing two New Years, we would be celebrating two cultures and, in a sense, yin and yang. Also, New Year’s resolutions would be written down, alongside a Korean game of Yut Nori (윷놀이), traditionally played on New Year’s Day. Eating duk gook with family is a continual reminder of where I came from, and a celebration of what is to come in the New Year.” 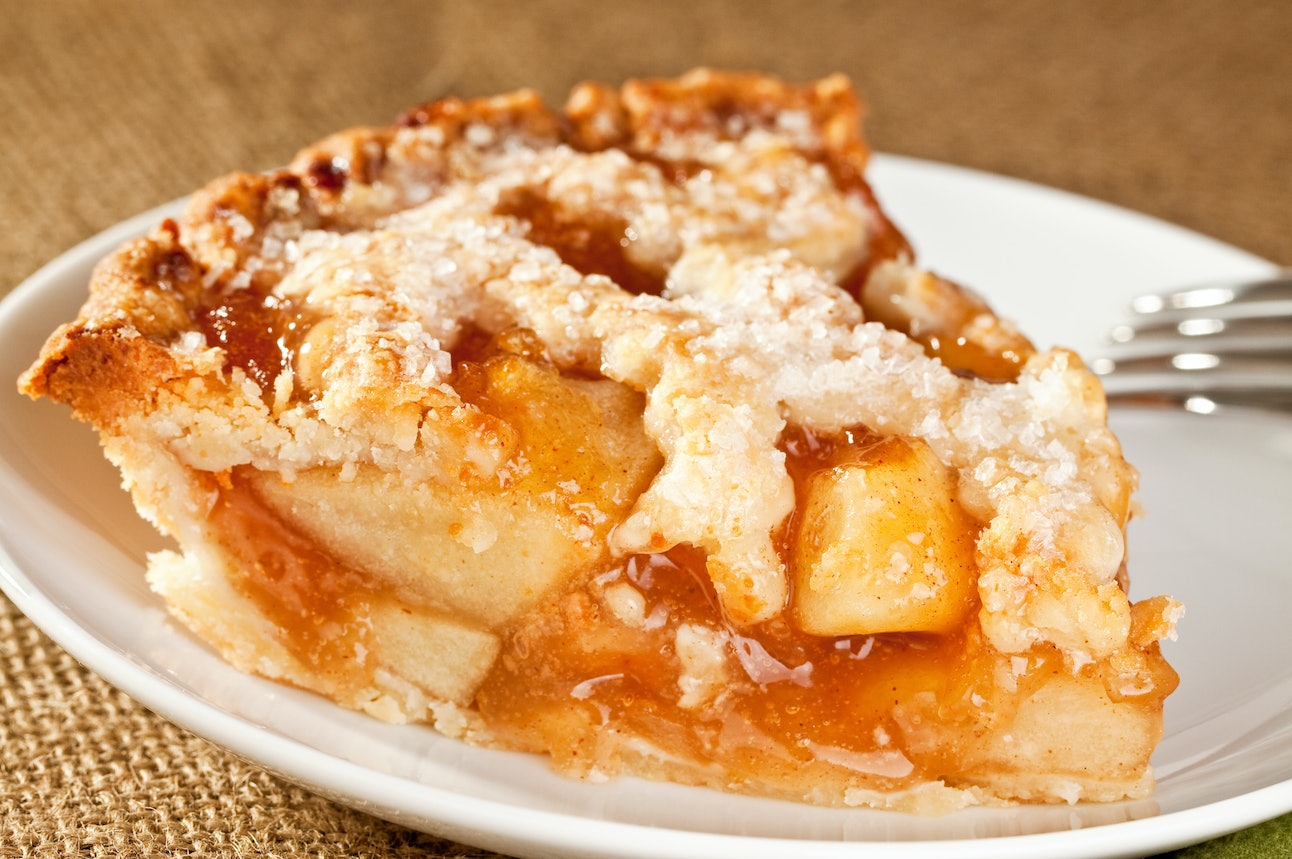 “Apple pie from scratch has always been a childhood food that has shaped my identity. On Thanksgiving, when I was around 10 or so, my dad and I used to make homemade pie dough and roll it out on the kitchen counter — we would cut up the Granny Smith apples and peel them and everything. One day, when I have my own children, I would love to pass on the tradition of making homemade apple pie on Thanksgiving morning.” 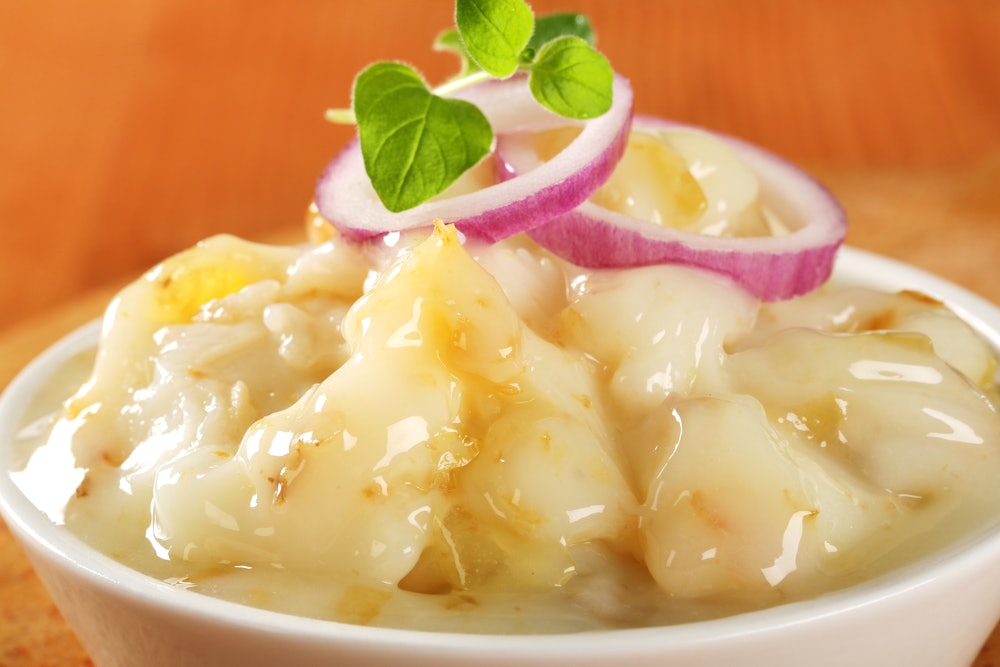 “I’d have to say that schmaltz [rendered poultry fat] and its byproduct, grieben (or cracklings), had a huge impact on forming my Jewish identity. Goose or chicken fat is for diehard Ashkenazi cooks — and the smell and flavor are incomparable. As a kid, I’d sneak the hot grieben from the strainer if my mom dared to turn her back on me, and gobble them down guiltily; there is nothing on Earth as delicious as that. When you cook schmaltz, it perfumes your home and the odor sticks to hair, skin, and clothes. I always laugh and hold my hands out to my husband — ‘Jewish perfume,’ I say. When I taste any dish prepared with schmaltz, or eat it spread on matzo, I’m right back in my childhood; right back in my Jewish childhood.” 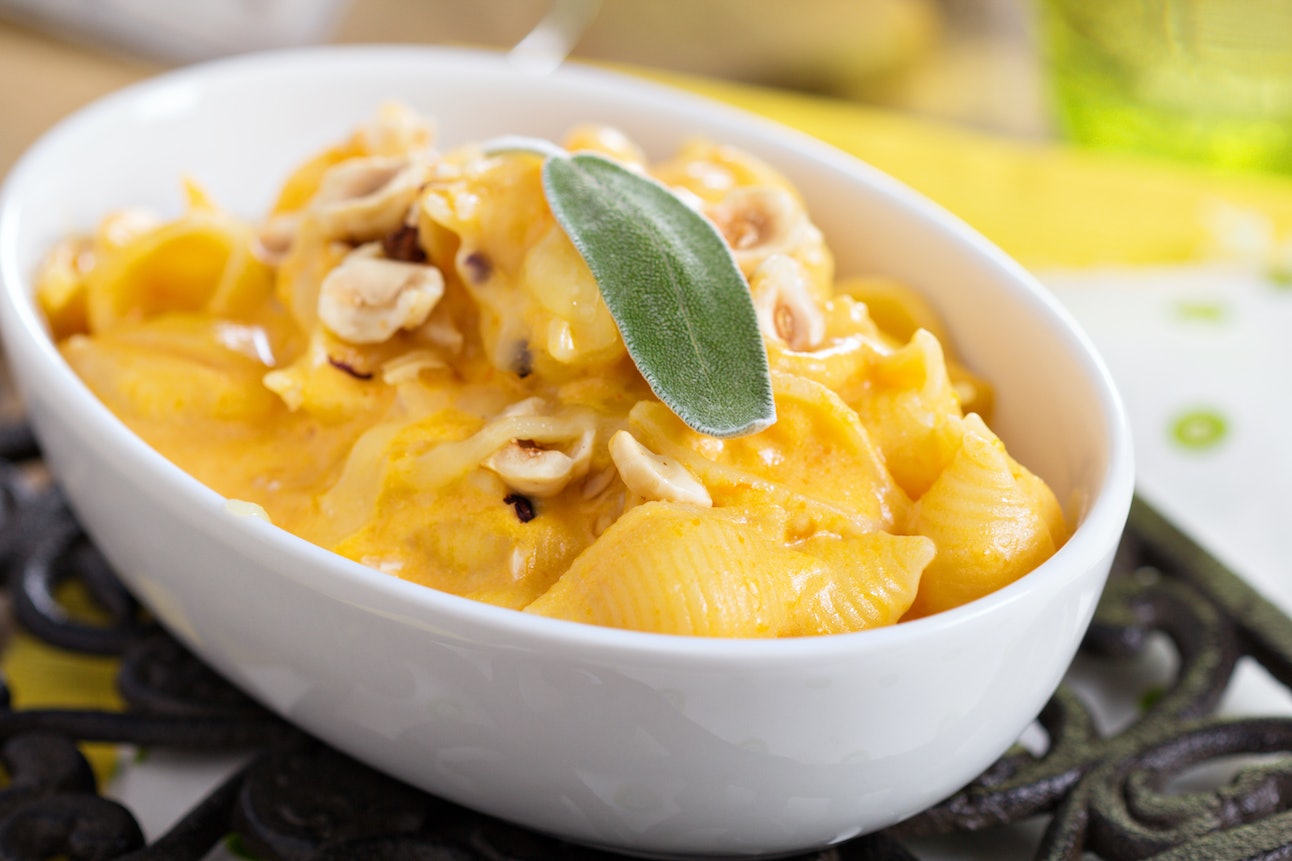 It had fresh ingredients, but is also not complicated or time-consuming! What I love thinking about is how it connected us as a family, and now, connects generations. I also love the idea that what we made nourished us and made us happy to gather at the table and share our day. I still make it for my family today.” 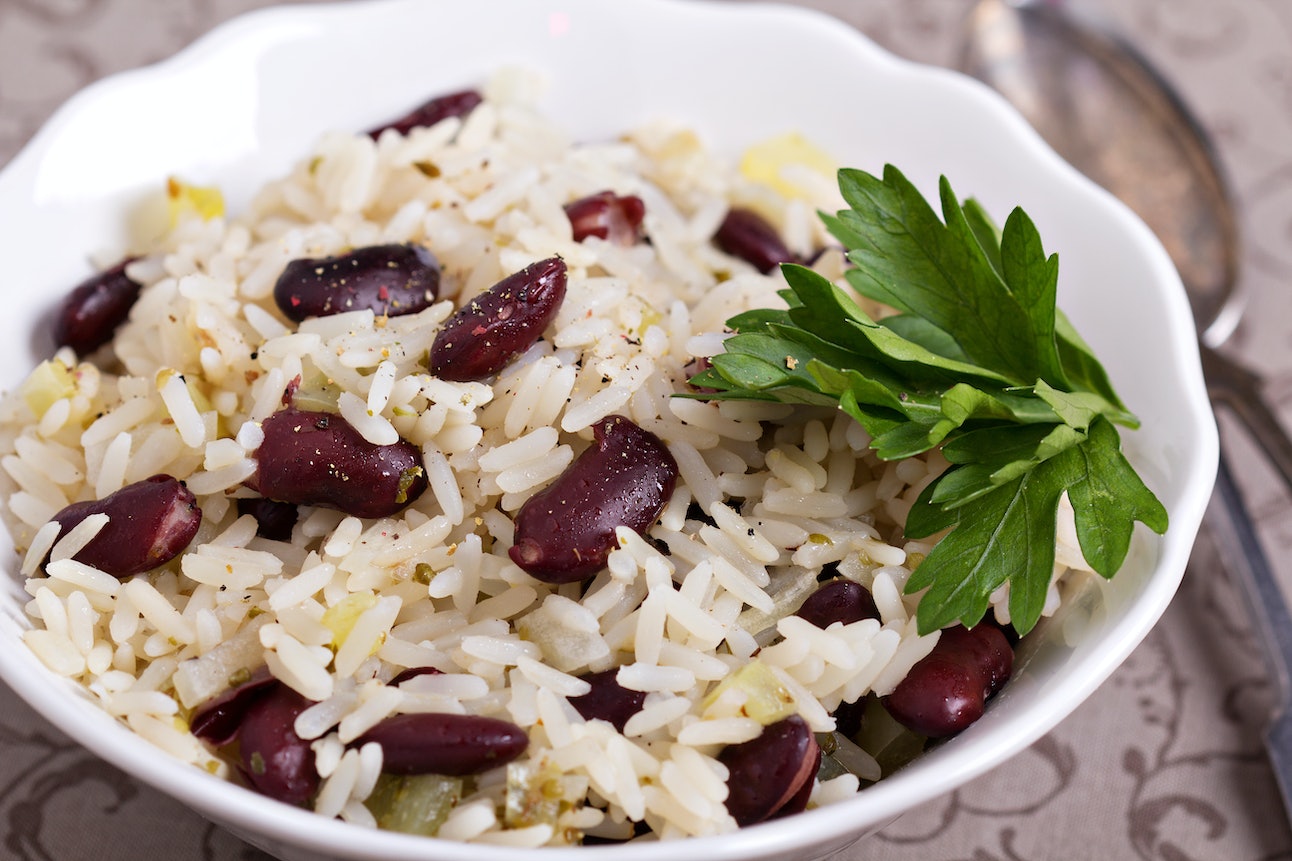 “As a child, the food that most shaped my identity was rice and beans that my mom and grandmother made for my family every Sunday night. Growing up in Staten Island, New York, most of my friends were from Italian backgrounds, and each Sunday they had macaroni or spaghetti for dinner; I knew I was different because my family made rice and beans instead. At first, I was averse to eating them because I hated feeling different, but over time, I started to become more and more proud of my Hispanic heritage. Now, as an adult, I crave my mom’s rice and beans and beg her to make them when I visit home. It feels like I’m connecting with my soul!” 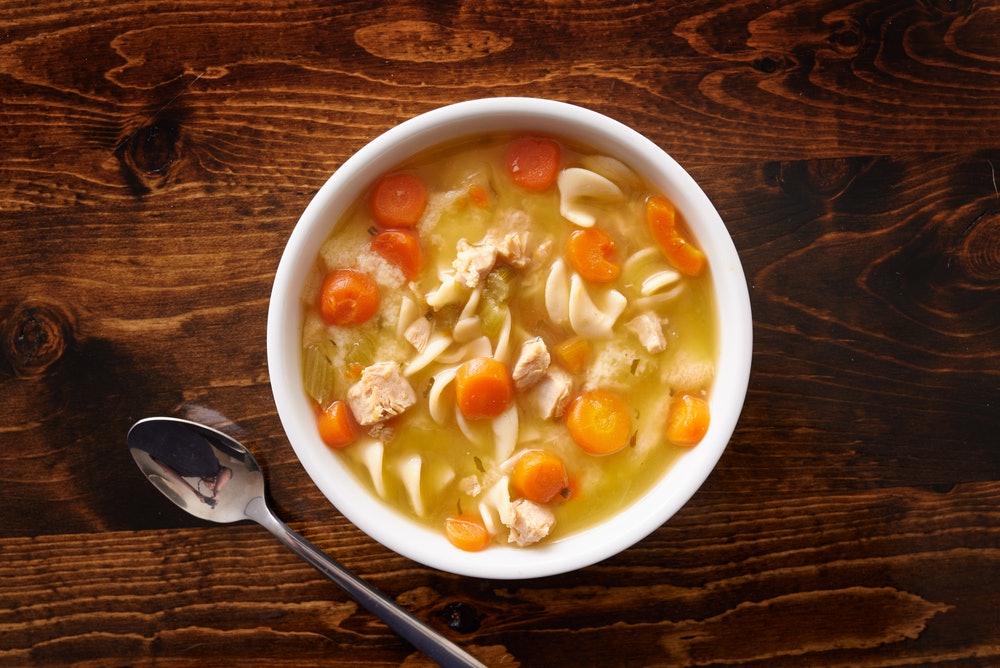 “There are a few foods from my childhood that have helped shape my identity. I grew up in a home with an atmosphere that was very calm, caring, and loving; we ate lots of pasta, and homemade chicken noodle soup was our favorite. I also drank chocolate milk (Nesquik) a lot. I have found that even as a mother of seven, I resort to that same chicken noodle soup and chocolate milk as my comfort foods. They also tend to be the ones that I resort to when I am feeling the desire to comfort one of my children with food.” 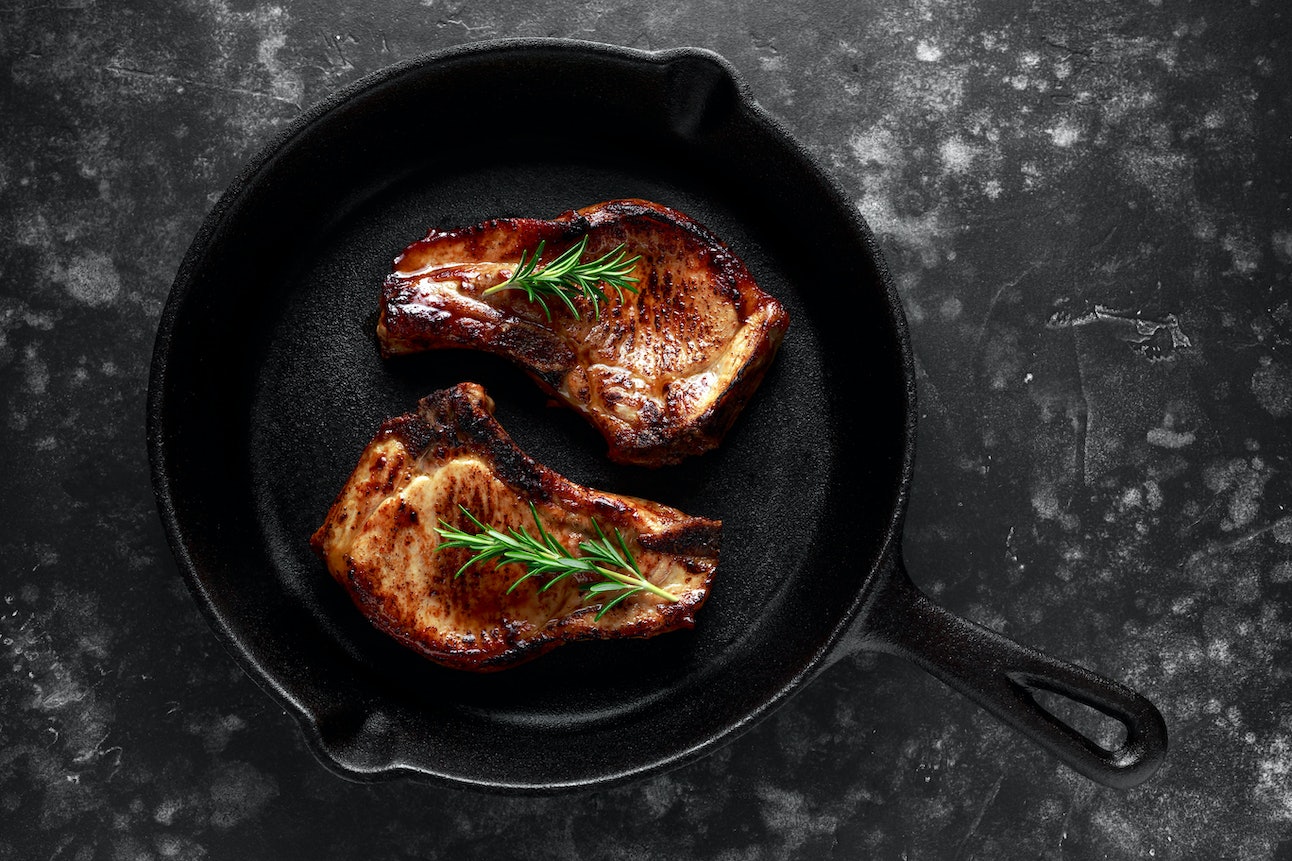 “Pork chops sizzling in an iron skillet, handmade chicken dumplings simmering, and waking to the sweetness of an orange Danish baking to a perfect golden brown are all representations of deep love for me. One whiff, or even a thought of these morsels, sends me back to my grandmother’s kitchen — the lessons she taught me about love and life and connection that have shaped me and served me in every way are such gifts. Hopefully, we continue serving these dishes — paired with the wisdom — to the next generation, in hopes that they will do the same.” 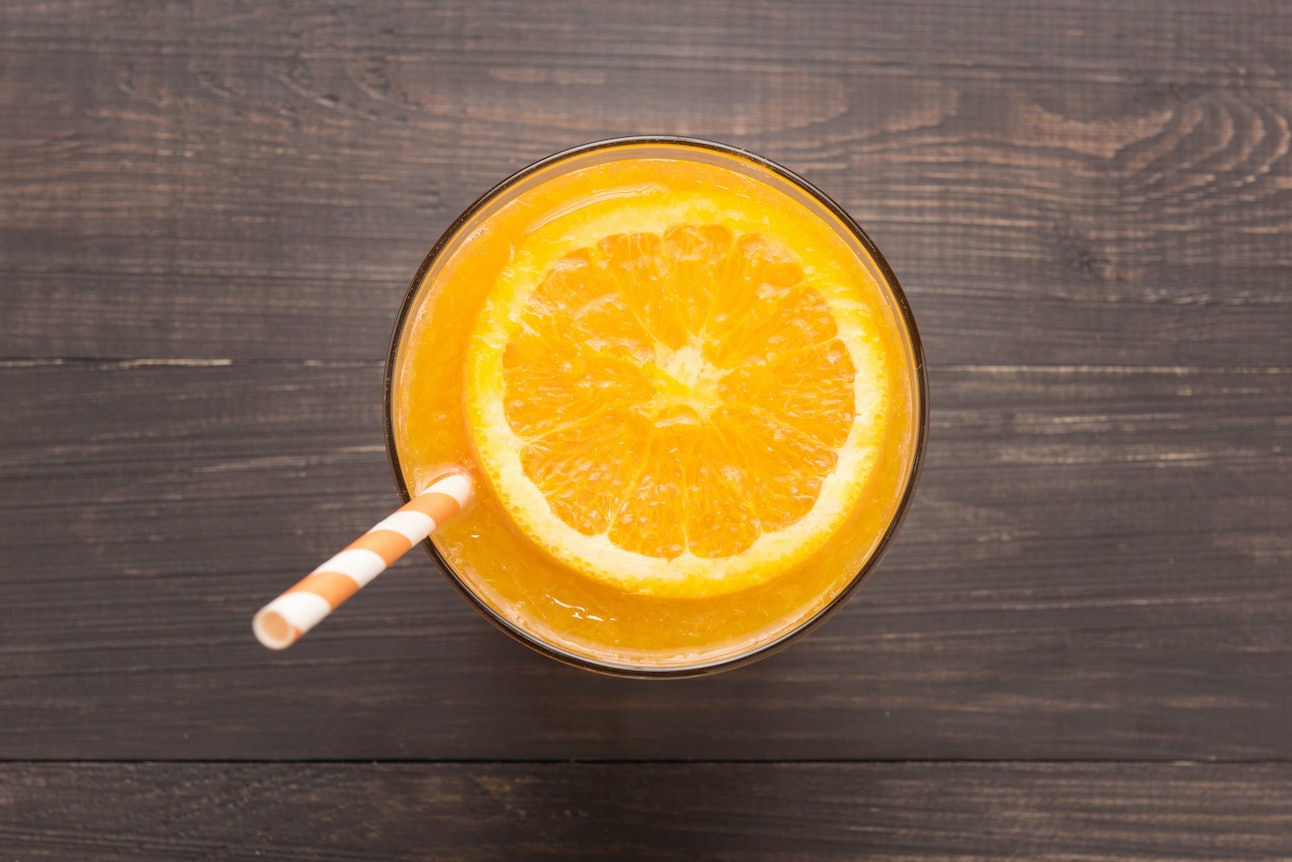 “During my childhood, making everything from scratch helped shape my identity. My mother was born and raised in Central America, where they don’t believe in frozen or canned food. So, now that I became a first-time mom, I have a super hard time giving my one-year-old any of those ... Chicken soup is a ... major one; growing up, we never used store-bought chicken broth. We had to boil the chicken carcass to make our own broth and add it. Another random one I remember is orange juice. We never bought orange juice at the store; my mom bought oranges and would make a pitcher with her old school juicer so we could have it for breakfast every morning.” 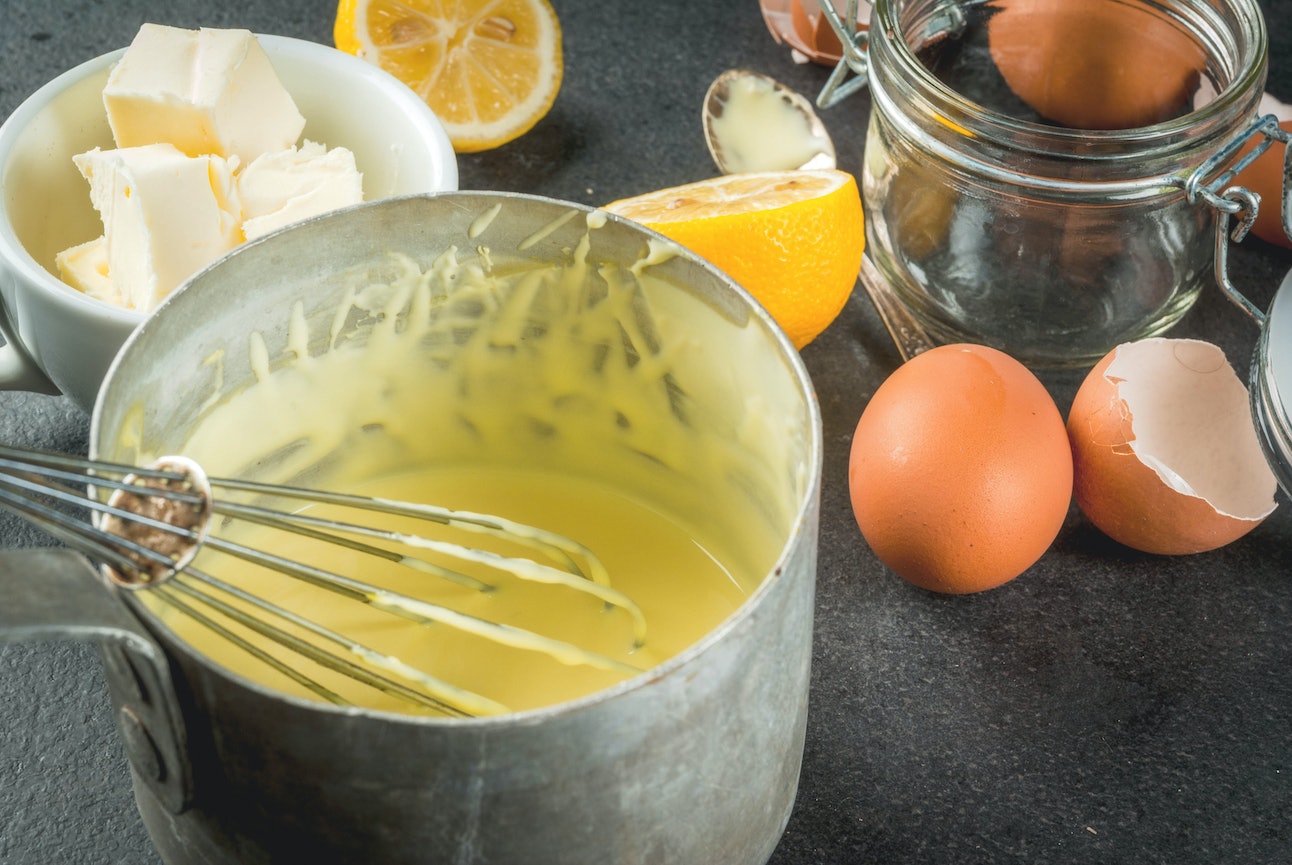 “I learned how to make Hollandaise sauce when I was about eight years old. My mother didn’t know how to cook until she got married and started having children, and then she threw herself into it. She began taking French cooking classes in her 30s, and my siblings and I were her willing guinea pigs, along with my dad. My mother served the sauce to us with artichokes, and there was something about that creamy, buttery, lemony taste that none of us could get enough of. As my mom used to say, ‘You could put it on crushed glass and it would still taste great.’ ... I’ve never been a great cook — I’m competent at best. But my mom’s early introduction to her children of interesting, unique, and flavorful foods had a major impact on me. I love and appreciate good food, and try to make mine as wonderful as my mother did.” 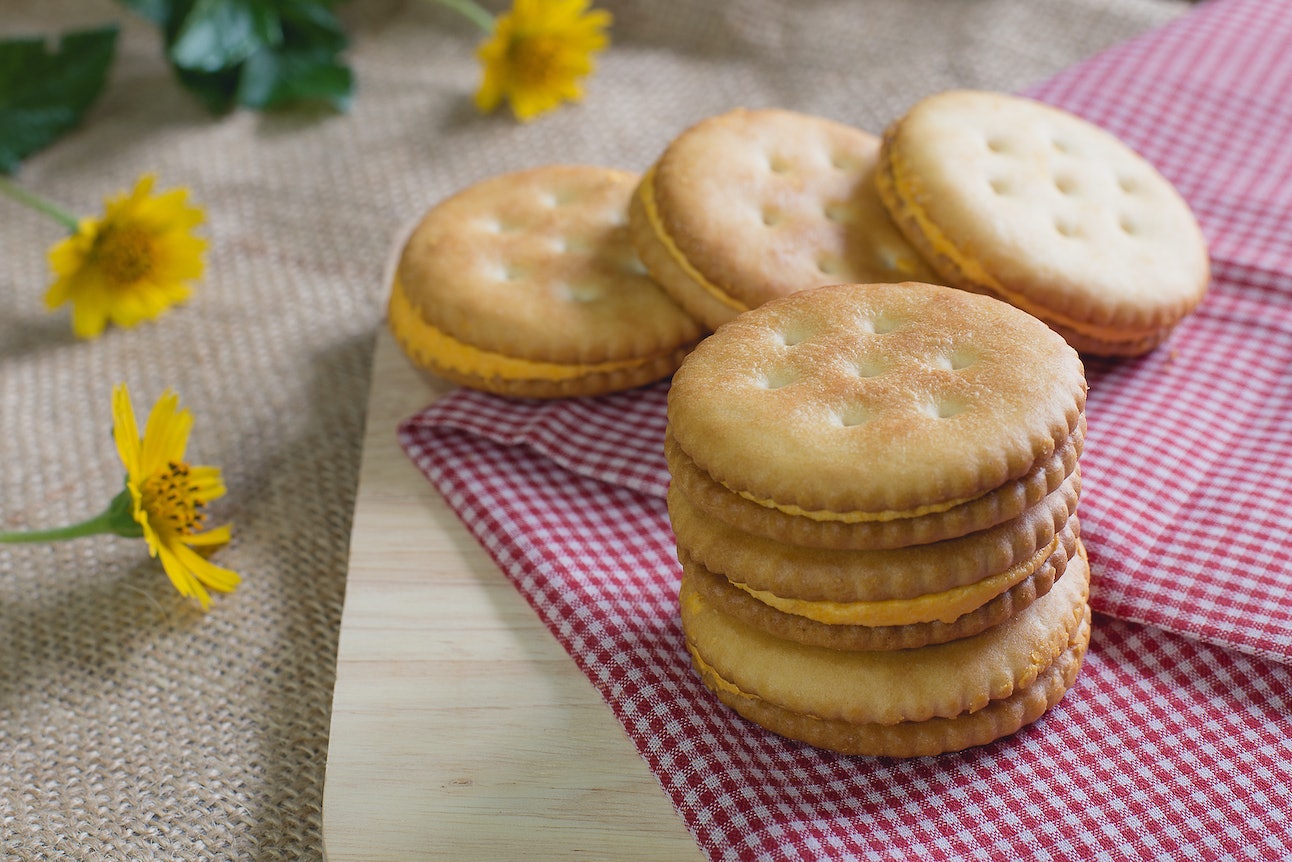 “Growing up in Miami, I’d wake up and go into the pantry, trying to stifle the loud crinkle of the plastic bag so no one would hear me. I’d pull out a handful of cashmere-colored Cuban crackers, grab the full-fat Philadelphia cream cheese from the fridge, and do my best to slice off a chunk of guava paste without getting my fingers all sticky. It must have been my dad or my abuelo (grandparent) who taught me how to stack them on top of each other, and as we grew up and my parents divorced and our family’s identity slowly slipped away, this little sandwich stays in my memory as defining a piece of my history. ... Whenever I think of my identity, I think of crinkly bags and sticky fingers, my first reference for my Latinidad, and all that would come and all that would be lost.” 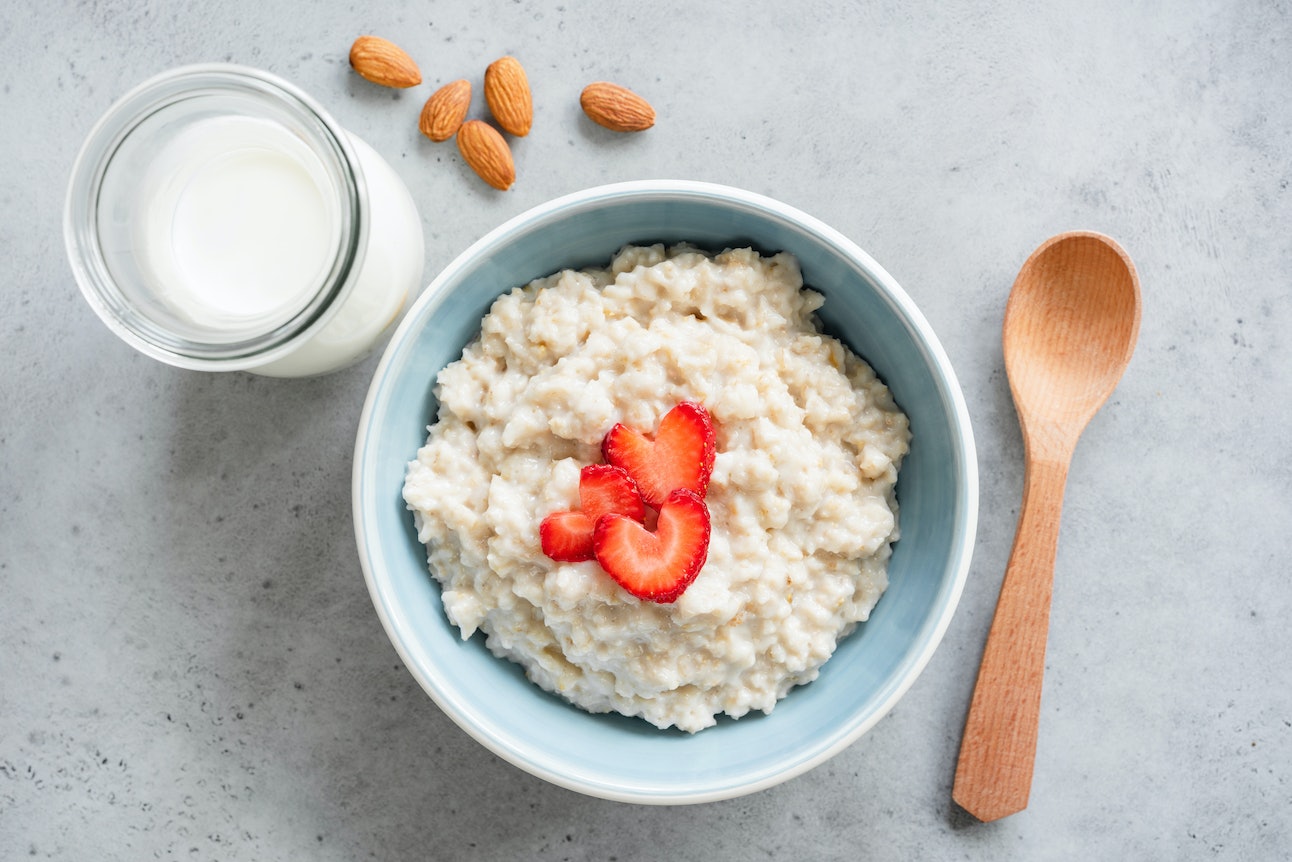 “I grew up in a very healthy household. Money was so tight, my mom managed our expenses through whole foods so we wouldn’t get sick. It worked. I grew up feeling ‘deprived’ from normal processed food — we ate oatmeal for breakfast, sandwiches from homemade bread (my mom ground the wheat to make her own whole wheat flour) for lunch, and ate casserole dinners or combinations of rice, ground turkey, beans, or legumes. My mom also made cookies and sweetened them with honey — they were like rocks! (You could hurt someone if you threw them.) ... Although I grew up feeling out of place with the food I ate (watching my friends eat Twinkies at lunch), it’s influenced me today, as well as my family’s eating habits and the way I cook meals. For instance, if I am running short on time, I’ll nuke a yam in the microwave and mash it up for my kids with a little butter and cinnamon. Feeding them unprocessed food gives me a deep satisfaction and I believe it’s helped me stay strong mentally and physically.” 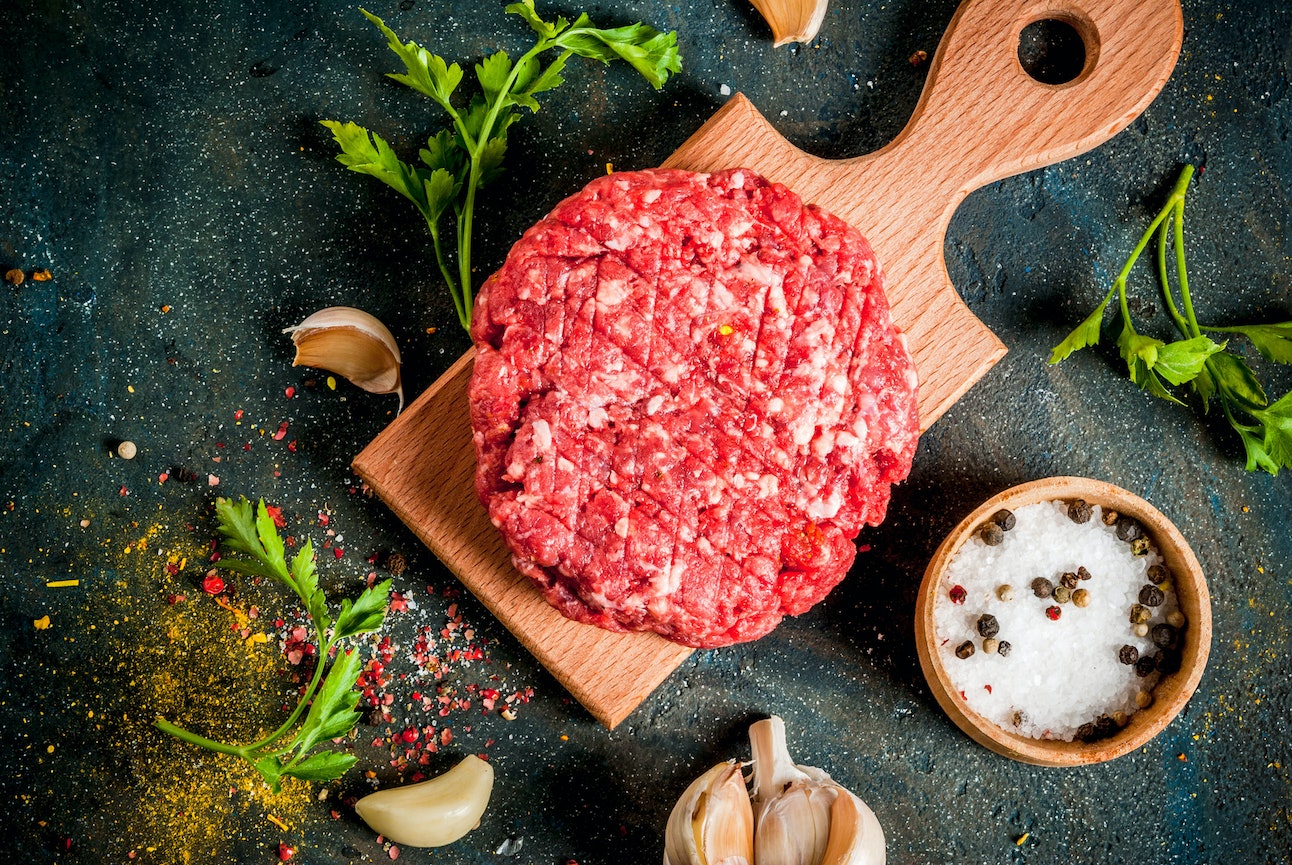 “After arriving home from the grocery store, my mother would rip open a package of raw ground beef, grab a handful, sprinkle it with salt, and then offer it to my six-year-old self. I’d munch on it while she repeated this process for herself, the two of us standing in the kitchen enjoying our little tradition.

I attribute my fearless, impulsive nature to this childhood experience, not to mention my incredible lust for red meat and salt. I don’t flinch at anything as an adult. Case in point, I just quit a job I held for 12 years to completely change industries and began working for myself, which has since evolved into building a media startup. I’m living off my 401(k), brazenly taking action, and moving forward each day; I am happily munching on the rawness of the unknown.” 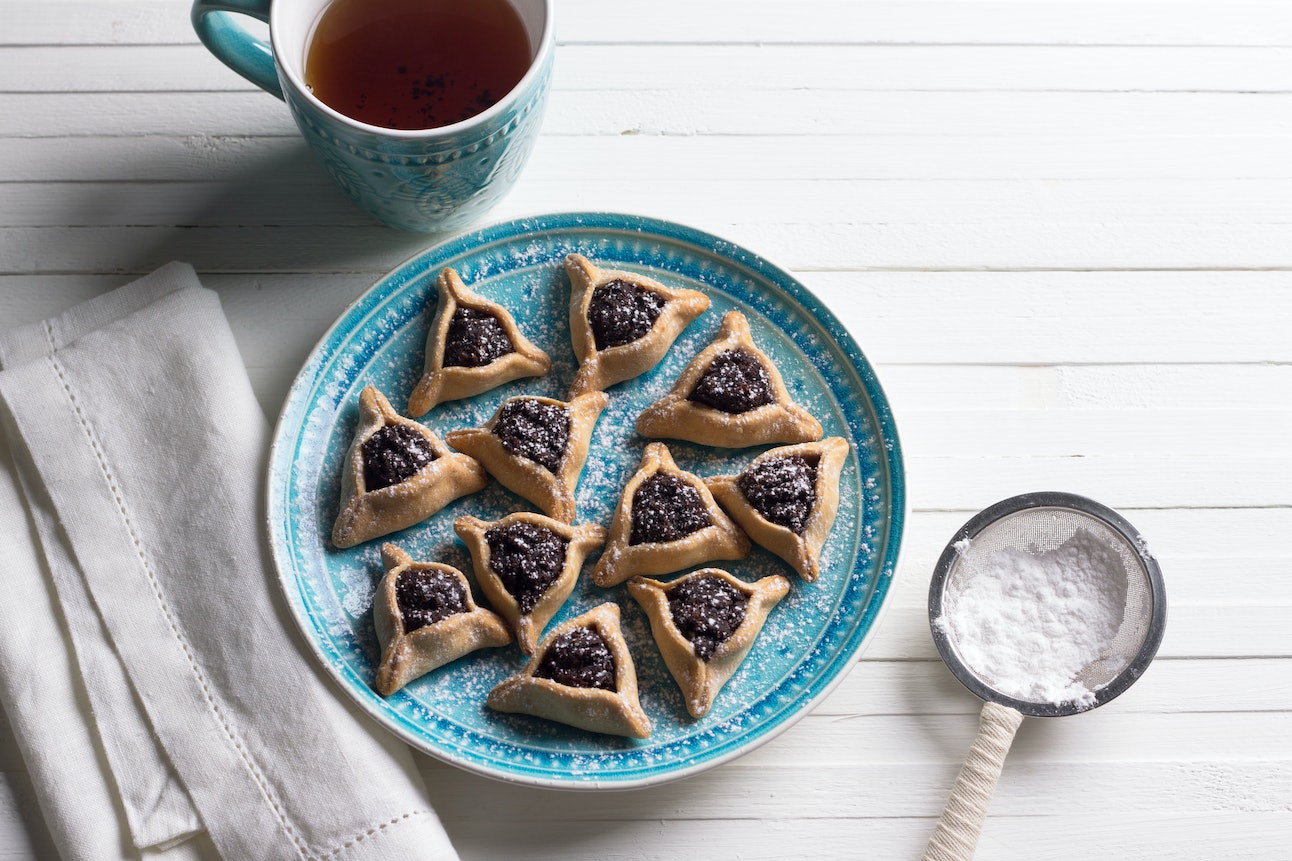 “My parents were the children of immigrants from the former Soviet Union, Hungary, and England. My mother (Mama Hilda) always used to make us five kids help her carry down the largest wooden cutting board from the attic; it had a lip which made it grasp the edge of the table. She would use it for making Hungarian pastries; Mama Hilda learned this from her mother and grandmother. The pastries were like rugelach or Hamantashen, some small Jewish flaky pastries filled with nuts, jams, or poppy seed paste. I used to love helping roll out the dough on the giant weathered wooden board — the flour would fly, we would put loud jazz on the radio, and have a ball! Then, we would spread the fillings out and make the scroll-shaped pastries. Ah, the aroma the whole house was consumed in! So, yes, Hungarian pastries are the food that defined my childhood identity.”

As the women above prove, certain foods from childhood can definitely play a part in shaping your identity. And, luckily, you can continue to make these foods to bring you back to the memories they represent.