A Novel of the End Learn the answers to many tantalizing Sherlock Holmes questions in a book that takes you into the dark place in the life of Holmes B.W. (Before Watson), or, as he said, “before my biographer came to glorify me.”

Historical fiction thriller. The Tarleton Murders, the record of “one of those pretty little problems” Holmes solved in the pre-Watson years, has never been brought to light until now. The discovery of this previously unknown manuscript opens a window onto the mysterious early years when Holmes was struggling to set himself up as a “consulting detective”―a previously unknown profession.

The early Sherlock Holmes. So begins a frantic journey that takes Holmes and his friend from Rome (where they save the Pope) to Paris to London to Liverpool, across the Atlantic during the most dangerous hurricane in twenty years, to the backwoods of Georgia (infested by the Klan), and eventually into the midst of Atlanta’s highest society―with growing awareness of a plot that threatens the very existence of the United States. Along the way we encounter George Bernard Shaw, Joel Chandler Harris, Pope Leo XIII, the artist Mary Cassatt, Moriarty himself―and Moriarty’s wife! And in the midst of the fun we make some astounding discoveries, such as the true identity of Moriarty, the fate of the Vatican Cameos, and to top it all off, Mycroft’s schoolboy nickname.

If you’ve read Sherlock Holmes in America by Martin H. Greenberg or Sherlock Holmes and the Case of the Undead Client by M. J. Downing, you’ll love Breck England’s The Tarleton Murders. 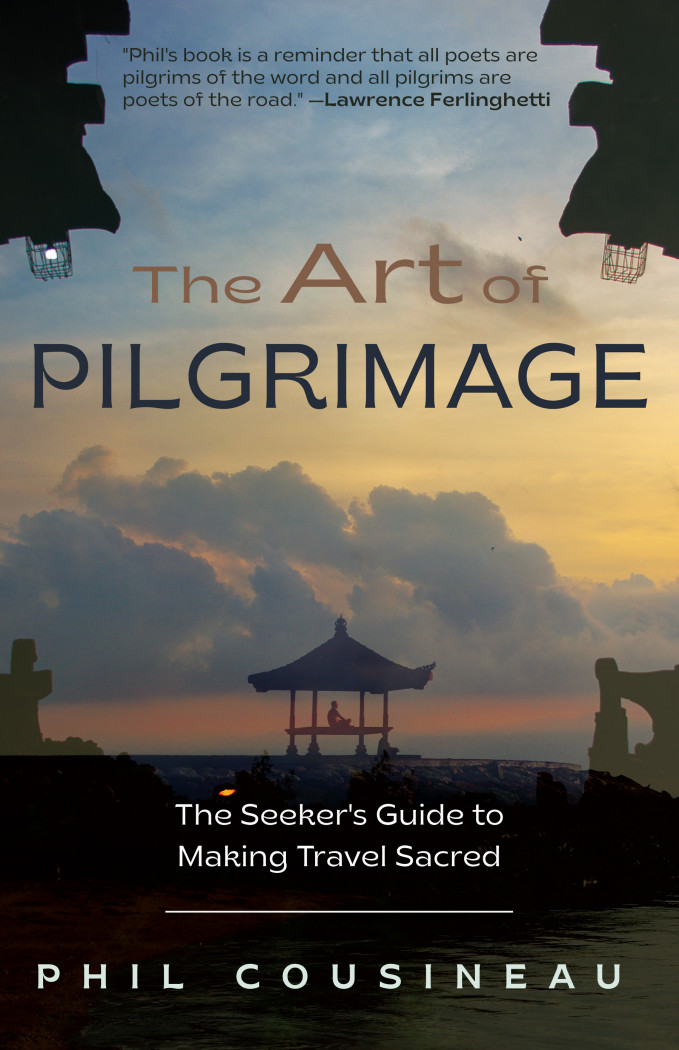 The Art of Pilgrimage

“A must read before a trip.” ―Escape

“One of the greatest travel books I have ever read.” ―Peter Feibleman, author of Lilly: Reminiscences of Lillian Hellman

The classic guide to making travel meaningful. The Art of Pilgrimage is a travel guide full of inspiration for the spiritual traveler.

Not just for pilgrims. We are descendants of nomads. And although we no longer partake in this nomadic life, the instinct to travel remains. Whether we’re planning a trip or buying a secondhand copy of Siddhartha, we’re always searching for a journey, a pilgrimage. With remarkable stories from famous travelers, poets, and modern-day pilgrims, The Art of Pilgrimage is for the mindful traveler who longs for something more than diversion and escape.

Rick Steves with a literary twist. Through literary travel stories and meditations, award-winning writer, filmmaker and host of the acclaimed Global Spirit PBS series, Phil Cousineau, shows readers that travel is worthy of mindfulness and spiritual examination. Learn to approach travel with a desire for risk and renewal, practicing intentionality and being present.

Spiritual travel for the soul. If you’re looking for reasons to travel, this is it. Whether traveling to Mecca or Memphis, Stonehenge or Cooperstown, one’s journey becomes meaningful when the traveler’s heart and imagination are open to experiencing the sacred. The Art of Pilgrimage shows that there is something sacred waiting to be discovered around us.

If you enjoyed books like The Pilgrimage by Paulo Coelho, Unlikely Pilgrim, Zen on the Trail, or Pilgrimage─The Sacred Art, then The Art of Pilgrimage is a travel companion you’ll want to have with you.