Favorite Recipes from the World of Music

Everybody loves food. Everybody loves music. Put the two together and you have a sumptuous, one-of-a kind cookbook guaranteed to stir the senses and tickle the taste buds. 'Kitchen Goddess' Margie Lapanja and rocker Cindy Coverdale have cooked up sheer delight where everybody gets a front row seat, a backstage pass, and dinner (actual interviews) with the band.

Guaranteed to satisfy every taste, Food That Rocks also spotlights musician-owned restaurants, musical cookbooks, and songs about food, writers who rock, and chefs who jam. Meet the real Rolling Stone's Ben Fong Torres of Almost Famous, and Rock Bottom Remainders literary band of Amy Tan and Stephen King, led by Kathy Goldmark. Food That Rocks heats up the kitchen with red-hot rock, outstanding food, and recipes you will not find anywhere else. 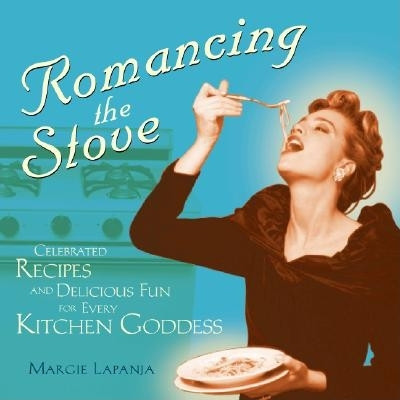 Celebrated Recipes and Delicious Fun for Every Kitchen Godde

A lively and delectable tribute to the sensuous arts of cooking, loving, and living, Romancing the Stove is sure to stir the senses, and tickle the taste buds Combining crowdpleasing original recipes, mythology, and failsafe trade secrets, chef and culinary courtesan Margie Lapanja (famous for her Cowboy Cookie reciperevealed for the first time in this book) has concocted the most unique, engaging collection of mouthwatering menus and fun stories.

Romancing the Stove is a delicious read, filled with goddess tales, practical tips, fascinating food facts, divine dishes, and a fine seasoning of quotes. Lapanja reveals the pleasure of the table for everyone from skilled gourmets to the ultimate kitchen klutz. Recipes include dishes as diverse as classic Pain Perdu (known to the French as "Lost Bread")a resourceful resolution for those unloved loaves that were destined to go staleto Love Apple Linguine and Deepest, Darkest Devil's Food Cake.

One of the best ways to enhance the quality of our lives is to treat ourselves to the foods we lovethe more often, the better Kitchen Goddess Margie Lapanja interviewed hundreds of men to compile this culinary collection of their favorite meals for a oneofakind cookbook filled with recipes, fascinating food trivia, and fun stories from the kitchen.

Whether a seasoned chef, a barbecuehappy bachelor, or a loving husband, men are taking up the tongs and giving the salad spinner a whirl in increasing numbers. Among the signature recipes of esteemed chefs and kitchen wizards, there are favorite feelgood feasts of superstars, sports heroes, luminaries, grill gurus, starving artists, burger kings, and every man in between. Included in Food Men Love is Tom Cruise's favorite Linguini dish, quarterback John Elway's Hamburger Soup, star chef Mario Batali's Bucatini all 'amatriciana, basketball legend Michael Jordan's 23 Peekytoe Crab Sandwich, and former Grateful Dead guitarist Bob Weir's Peanut Satay Sauce. Dishes are organized by course in chapters including: Warming Up His Appetite/ Playing with Fire: Seeking Thrills with the Grrrill/ Fowl Play/ and How Sweet It Is: Treat Him to His Just Desserts.

Food Men Love provides the recipes for some alltime favorites that are sure to warm the heart of anyone. Timeless Secrets to Divine Romance
Rich with powerful love spells, savoury recipes for certain seduction, and timeless secrets of the sensual arts, this book aims to inspire the reader in love.
Read more
$12.95 $10.36 ADD TO CART 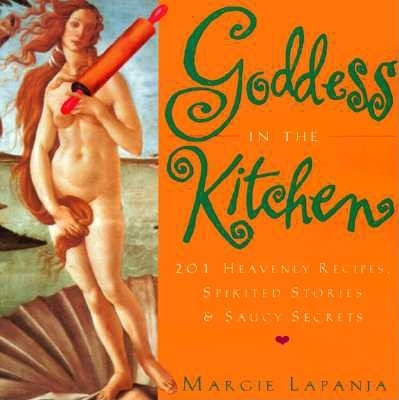 Goddess in the Kitchen