And Sometimes It Does, Re-Defining Courage with Daily Inspirations (Courage in Human Philosophy)

“Courage doesn't always roar. Sometimes courage is the quiet voice at the end of the day saying, 'I will try again tomorrow.'" —Mary Anne Rademacher

Written initially as part of a longer poem and featured in a gallery show in 1985, these words by Mary Anne Rademacher defining courage have traveled the globe.

Defining courage in a beloved quote. The quote has been featured in ceremonies of all sorts and included in sports and network news broadcasts. Oprah has included it in her magazine and journalists include it in “top ten” lists across many disciplines and categories. And, it is among the most beloved quotes on cards, posters, journals, and gift books.

Bravery comes in many forms. Rademacher insists in her book that we overlook opportunities for growth and personal celebration by shrugging off courageous acts of perseverance with, “I just did what I felt I had to do.” Courage shows itself in many ways from having the courage to heal, to change habits, to learn and begin anew, or even to speak up for yourself.

Defining courage with daily inspirations. This daily companion for women, men, or anyone who wants to change for good, and live a bolder, more courageous life may be the perfect addition to the start of your day or the key to letting go and ending your day right. Featuring an introduction from courage specialist, Candace Doby, Courage Doesn't Always Roar begins as an invitation to recognize all of the ways courage, and the associated risk, show up on ordinary days. 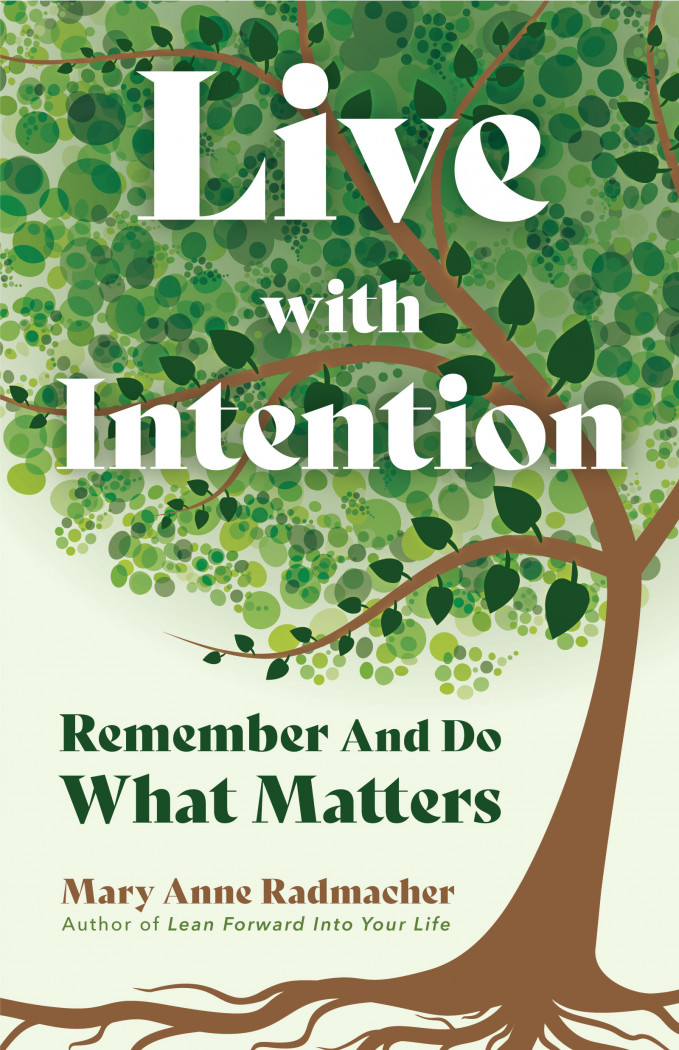 Essentials for Living Your Intentional Life

“Mary Anne Radmacher has written a book of beauty, creativity, wisdom, and great good will. Her chapter on forgiveness alone is worth the price of the book.” —Hugh Prather, author of Morning Notes and The Little Book of Letting Go

Mary Anne Radmacher is among the most-quoted women writers of our day. Her wisdom is found on greeting cards, journals, calendars, Instagram and Pinterest, in broadcast news, sermons, ceremonies and commencement speeches.

Quotes you may recognize. “Courage doesn't always roar,” “It takes a lot of courage to show your dreams to someone else” and “There is no small act of kindness.” The poem, “Live with intention, walk to the edge, listen hard, practice wellness. Play with abandon. Laugh. Choose with no regret. Continue to learn. Appreciate your friends. Do what you love. Live as if this is all there is,” has inspired people globally for decades.

Discover what is important to you. This noted author, artist and teacher lost a dear one. As memorial to her friend her book became the manifesto for an intentional life for thousands of people. In Live with Intention, Radmacher shares the story of how she learned to live more robustly by watching how her courageous friend chose to die. People who keep Radmacher’s writings at the ready, say this writing is both inspiring and comforting. Extraordinary lessons are drawn from ordinary experiences. Rich in story, metaphor and poetry, Live with Intention explores with you what it means to live each day with purposeful intent:

Long after you've read this book you'll be picking it up randomly and repeatedly. If you’ve enjoyed books such as Untethered Soul by Michael A. Singer, Let Your Life Speak by Parker J. Palmer, or The Book of Awakening by Mark Nepo; Mary Anne Radmacher’s Live with Intention is your next must-read. 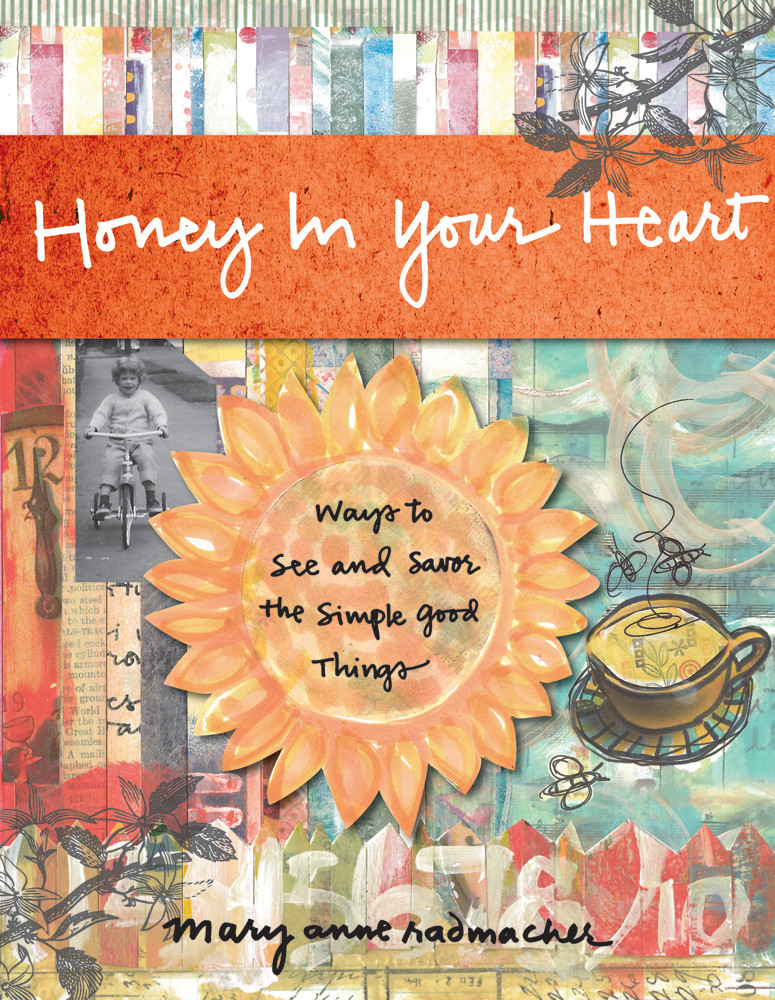 Honey in Your Heart

An Inspirational Guide to the Sweet Things in Life

A perfect little gift for you or your loved ones that is filled with positive words of encouragement. Learn to see the beauty in simplicity and to celebrate each day with gratitude.

Honey is sweet, and sometimes we need a spoonful of it in our life. In this delightful, beautifully illustrated gift book, Mary Anne Radmacher shares the many ways we can add honey to our daily lives, celebrating the good things around us and in each other. This personal dose of sweetness reminds you to celebrate the little things in life with happiness and thankfulness.

Stop and capture the moment. Life can get overwhelming, and sometimes we forget to stop and breathe in the moment. It isn’t always easy to do, but Honey in Your Heart helps you do just that. An uplifting book both for your mental health and emotional wellbeing, Mary Anne Radmacher's inspirational guide includes:

Honey in Your Heart connects you to your own rich and poignant daily experiences. Radmacher's lively original art and signature lettering make this book a keepsake and a sweet and perfect gift for any occasion.

If you enjoyed books like Good Days Start With Gratitude, Wreck This Journal, or Present, Not Perfect; then you’ll love Honey in Your Heart. 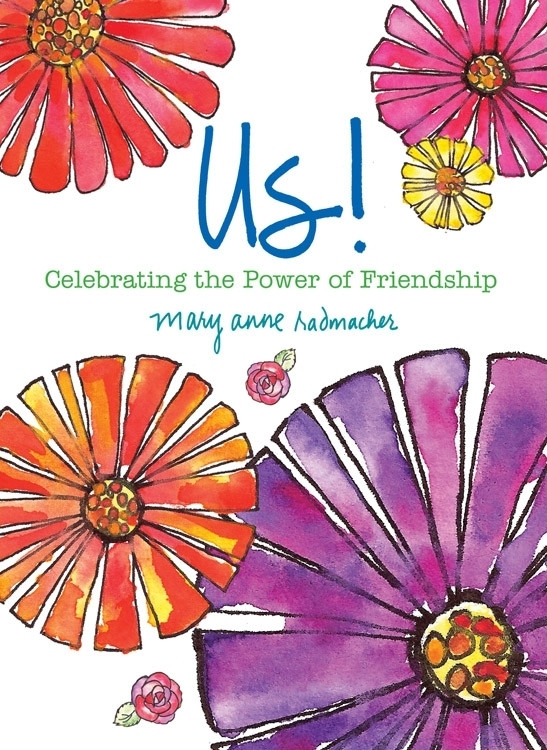 Celebrate the Ultimate Gift of Friendship

A book full of inspirational quotes and words of encouragement to help you appreciate your wonderful circle of friends.

Friends build us up. They make us stronger, smarter, and better. In this delightful, beautifully illustrated gift book; writer, artist, and friend extraordinaire Mary Anne Radmacher shares the many ways we celebrate each other.

Life-changing words. Discover the special talent that Radmacher has to change lives with her words. Read this extraordinarily touching book which includes an abundance of:

The perfect gift for friends or yourself. With original four-color lettering, art and design, Mary Anne offers a funny, sweet, and perfect book for any occasion. "When we have a circle of friends, we have more fun. We get more done, we feel and are stronger, and we really do celebrate the power of our 'us.'" Says Mary Anne Radmacher.

If you enjoyed books like The Art of Showing Up, How To Win Friends and Influence People, or Dare to Lead then you’ll want to read Mary Anne Radmacher's Us!

It's not about what was—it's about what may be. Promises to Myself is one big self-love poem for the heart, soul, and mind. This beautiful rendition of handlettered, visual poetry is a book to keep near at hand and return to often.

Listen to the music of love and respect. Reflecting on the promises of your everyday life will deepen your satisfaction and heighten your clarity. In this inspirational poetry with a purpose, you will find illustrated thoughts on:

Readers of visual poetry and inspirational poems about life like Milk and Honey and The Sun and Her Flowers by Rupi Kaur; 2Fish; and Gmorning, Gnight! will be inspired by Mary Anne Radmacher's Promises to Myself. 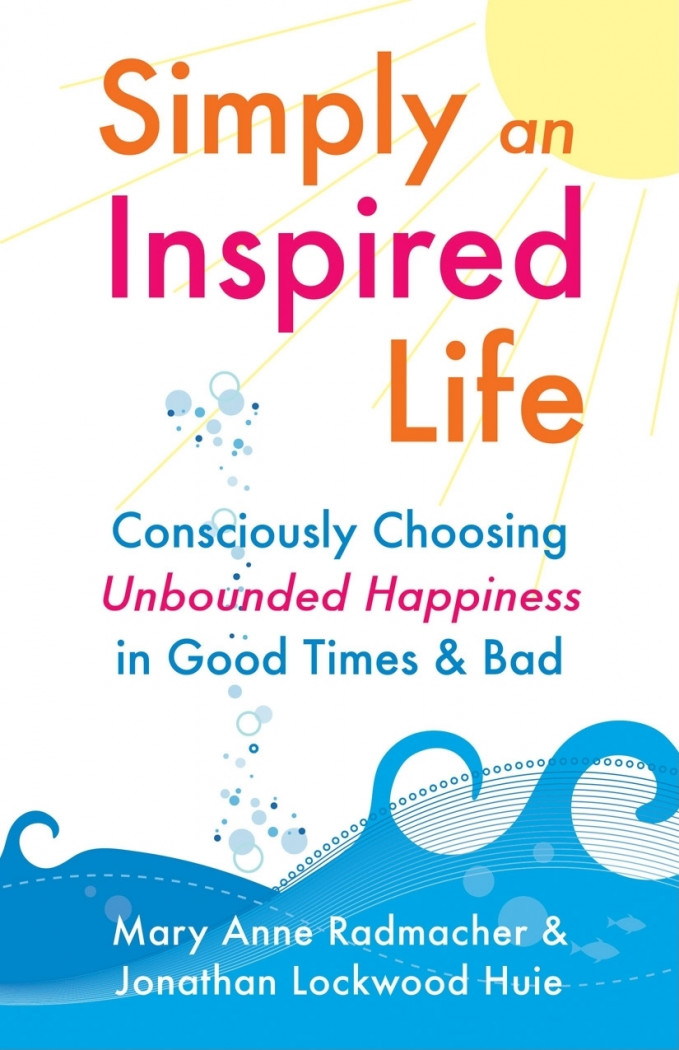 By Mary Anne Radmacher and Others

Software and technological entrepreneur Huie, who came to a search for deeper meaning later in life, has teamed up with artist and writer, Radmacher, who came to it earlier through her art. Point and counterpoint, they take the reader through a process to taking charge of their own lives. The key to living an inspired life is simple: accept your past/ release your expectations/ embrace your choices. The truth of the matter is that the more we like ourselves, the fewer expectations we have, and the way we make conscious choices - in everyday matters large and small are the keys to living an inspired life. Simply an Inspired Life teaches readers to distinguish between events and our feelings about them, to choose thoughtfully, and never blame ourselves or anyone else. Filled with inspiring quotes wisdom from the ages and all traditions, personal stories, and exercises, Simply an Inspired Life is based on eight guiding principles: honor, forgiveness, gratitude, choice, vision, action, celebration, and unity with all creation. They are equally important and practiced daily they change lives. www.simplyaninspiredlife.com
Read more
$18.95 $15.16 ADD TO CART 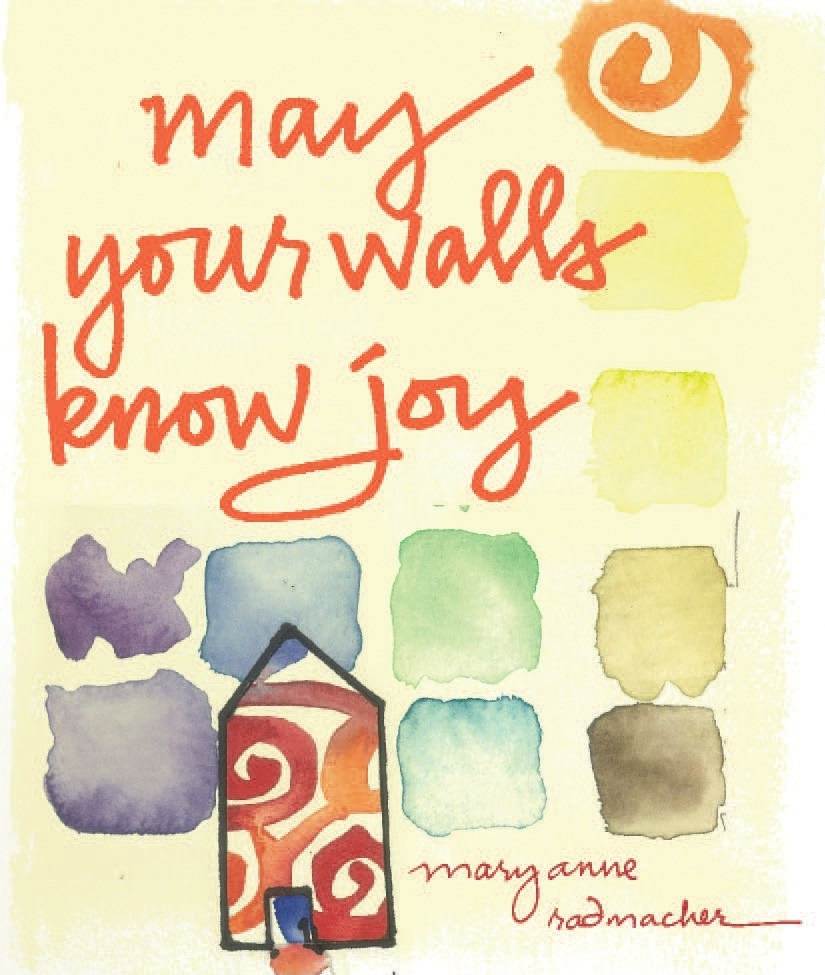 May Your Walls Know Joy

House Blessings for Your Sacred Space

From the “Martha Stewart of inspired living” comes a collection of warm words and welcoming colors to make you feel right at home.

Haven, home, or house. Whether it’s a special place, a feeling, or a person—rest assured, there’s no place like home. What is a home? To author Mary Anne Radmacher, it is much more than an address. It is a refuge, a creative incubator, a celebration of story and joy. In May Your Walls Know Joy, find aphorisms and illustrations to redefine and reaffirm your idea of home.

Home is where the heart is. Made for those who have moved in and moved out, felt homesickness and homecoming, sighed “home sweet home” and yelled “welcome home,” May Your Walls Know Joy is for the reader who’s coming home. Gathered under one roof, Mary Anne combines caring aphorisms, blessings for the home, and charming four-color artwork.

If you’re looking for the perfect housewarming gift or house blessing, and enjoyed books like Catholic Household Blessings and Prayers, House Blessings, or Being Home, then you’ll love May Your Walls Know Joy.