Backwards and in Heels

The Past, Present And Future Of Women Working In Film (Incredible Women Who Broke Barriers in Filmmaking)

Women in Filmmaking and Their Struggle Against Bias

"After all, Ginger Rogers did everything that Fred Astaire did. She just did it backwards and in high heels" –Ann Richards

Women in filmmaking since the beginning. Women have been instrumental in the success of American cinema since its very beginning. One of the first people to ever pick up a motion picture camera was a woman; as was the first screenwriter to win two Academy Awards, the inventor of the boom microphone, and the first person to be credited with the title Film Editor. Throughout the history of Hollywood, women have been revolutionizing, innovating, and shaping filmmaking. Yet their stories are rarely shared. This is what film reporter Alicia Malone wants to change.

The first female directors. Backwards & In Heels tells the history of women in film in a different way, with stories about incredible women who made their mark in each Hollywood era. Every story is inspiring, detailing the accomplishments of extraordinary women and the obstacles they faced. Backwards & In Heels combines research and exclusive interviews with influential women and men working in Hollywood today, including Geena Davis, J.J. Abrams, Ava DuVernay, Octavia Spencer, America Ferrera, Paul Feig, and many more; as well as film professors, historians and experts.

Time to level the playing field. Think of Backwards & In Heels as a guidebook, your entry into the complex world of women in film. Join Alicia Malone as she champions Hollywood women of the past and present and looks to the future.

If you enjoyed books such as Renegade Women in Film and TV or The Purple Diaries, you’ll love Alicia Malone’s Backwards & In Heels. Also, don’t miss Alicia’s #1 Bestseller in Movies & Video Guides & Reviews, The Female Gaze: Essential Movies Made by Women.

Backwards and in Heels With the success of the Wonder Woman movies and the results following the outcry of the #MeToo movement, now is the time to highlight the female influences in film history previously left unheard!

The voices of powerful women in old Hollywood—told. You may have heard the term “male gaze,” coined in the 1970s, about how art and entertainment have been influenced by the male’s perspective. What about the opposite? Women have been making movies since the very beginning of cinema. In The Female Gaze, Alicia Malone explores the ideas, thoughts, and views we learn from women from behind the scenes. What does the world look like through the “female gaze”?

Learn about women who changed the world. Discover brilliantly talented and accomplished women directors, both world renowned and obscure, who have shaped the film industry in ways rarely fully acknowledged. Find mini-essays written by women like Alicia Malone and other diverse female film critics. Featuring past and present films, this behind the scenes guidebook is perfect for the Hollywood history fan in your life.

If you liked Women in Art or Camera Man, you’ll adore the powerful women in history found in Alicia Malone’s The Female Gaze. 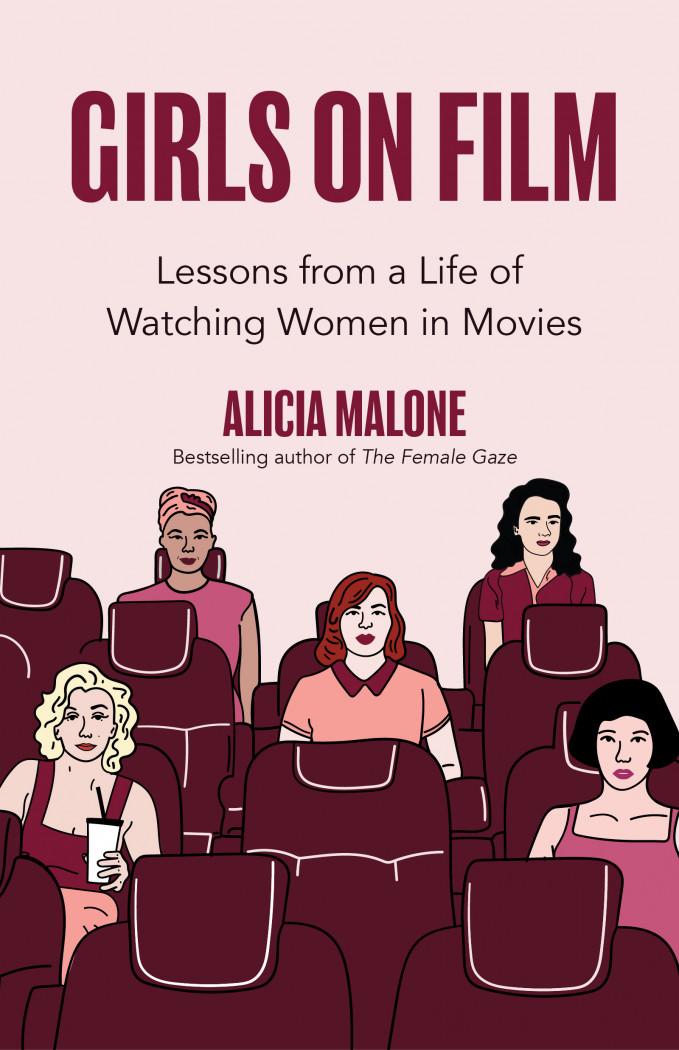 With humor and honesty, Girls on Film looks at the good, the bad, and the unfairly written women in film. This collection celebrates the power of cinema, media, culture and the faces of girls on film.

Insiders from a Nerdy Film Lover. Weaving together life lessons with movie history, film reporter Alicia Malone celebrates the power of cinema and the women who shone brightly on the big screen, while also critiquing hidden messages in films. Alicia connects film analysis with her own journey of self-discovery—from growing up as a nerdy film lover in Australia to finding her voice as a woman on television.

Each Movie has a Hidden Message. What messages and life lessons have been taken from these movies of the past—positive, negative or sometimes, both? Alicia Malone highlights many films, some with life changing moments and others with a tribute to feminist authors and messages.

In this modern approach to film reviews and women, you’ll find essays on:

Women nonfiction lovers who enjoyed Where the Girls Are, or feminism books like Extraordinary Women In History, When Women Invented Television, or Renegade Women in Film and TV, will love Girls on Film.

Royal family secrets revealed. Page after page features the intimate and historically accurate details of some of history’s most privileged women. Learn from the life stories of Empress Nagako, Queen Marie-José, Queen Elizabeth II, Princess Margaret, and many others. Each story will make you want to read more.

If you enjoy reading autobiographies, motivational books for women or historical nonfiction books like Vanderbilt, Women of Means, or Recipes for a Sacred Life, you’ll love The Secret Lives of Royal Women.