Dr. Duffy is a highly sought-after clinical psychologist, best-selling author, podcaster, certified life coach, and parenting and relationship expert. He has been working in his clinical practice with individuals, couples, teens, and families for nearly twenty-five years. Dr. Duffy’s refreshing and unique approach has provided the critical intervention and support needed to help thousands of individuals and families find their footing. Along with his clinical work, Dr. Duffy is the author of the number-one best-selling The Available Parent (Viva Editions, second edition released 2014). He is a frequent national media presence. He has been the regular parenting and relationship expert on Steve Harvey (with more than 75 appearances), and appears several times a month on WGN radio. He also appears frequently on other national and local television and radio outlets, and is cited regularly in national print and online publications. These include the Today show, Fox News, Chicago Tribune, Fox Good Day Chicago, The Jam, WGN-TV, the Morning Blend, NPR, the Huffington Post, the Wall Street Journal, Redbook, Time, Good Housekeeping, Men’s Health, Chicago Parent, Cosmopolitan, Teen Vogue, Wired, Parenting, Your Teen, Parents, Family Circle, Chicago Sun-Times, and Real Simple magazine, among many others. As noted, he is contributor to the Pear app and co-host of the podcast with Giuliana and Bill Rancic, consults on two films on teen anxiety, and co-host of a popular podcast, better, with his wife Julie. He is also a frequent guest on other parenting and self-help podcasts. As also noted above, Dr. Duffy is a nationally-recognized expert in parenting, self-awareness, and relationships. Dr. Duffy lives outside Chicago with his wife Julie and son George. 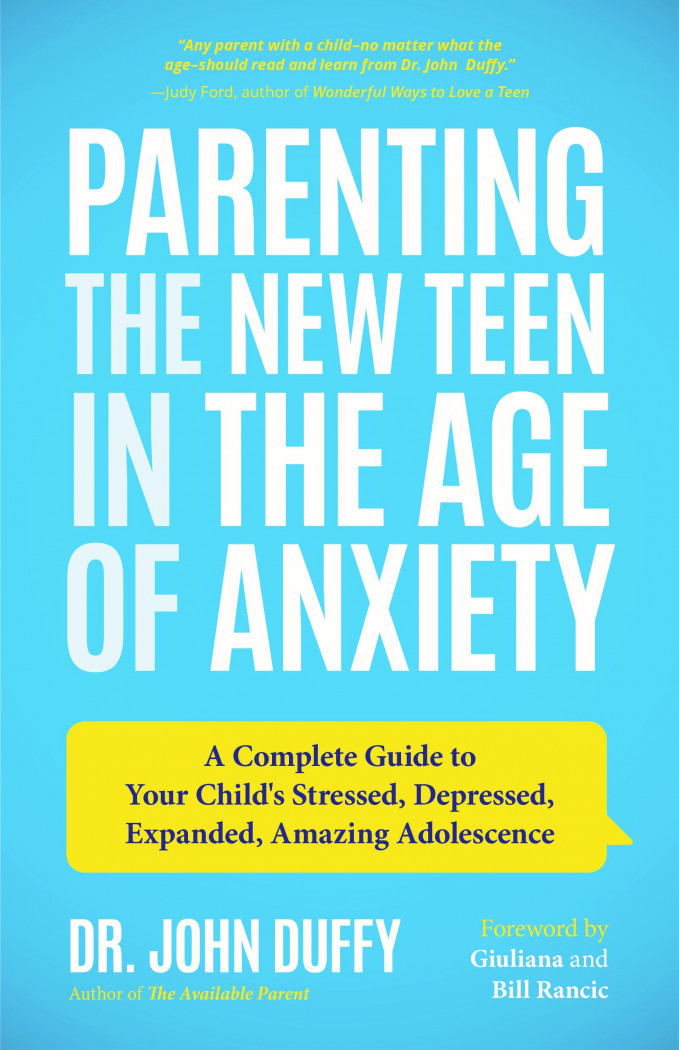